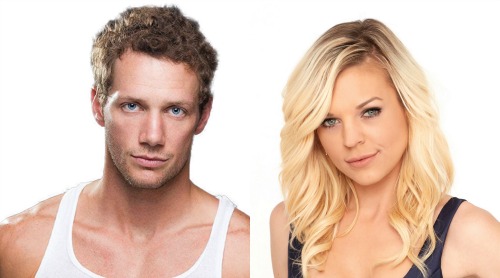 General Hospital (GH) spoilers tease that Maxie Jones (Kirsten Storms) is going to need a new love interest down the road. Unfortunately, she doesn’t have a lot of great options on canvas, but perhaps that’ll change soon enough. Before we get to an intriguing possibility for Maxie, let’s set the stage for romantic disaster.

After all, Maxie is currently with Peter August (Wes Ramsey). That relationship has to crash and burn before Maxie can even think about moving on. Peter is keeping some massive secrets from Maxie – sinister ones she couldn’t possibly be OK with.

How could Maxie ever get past Peter causing Drew Cain’s (Billy Miller) presumed death or Andre Maddox’s (Anthony Montgomery) stabbing? What about the hits he originally ordered on Andre and Franco Baldwin (Roger Howarth)?

Peter even helped Shiloh Archer (Coby Ryan McLaughlin) escape although that plot got away from him like so many others. It’s clear that Peter’s plans never work out as well as he expects. His plan for a future with Maxie isn’t going to work out either.

General Hospital spoilers say Maxie will eventually be devastated over Peter’s exposure. The breakup should be brutal, but Maxie’s heart can heal in time. Which lucky guy might help out with that? It’s tough since so many GH hunks are either in solid pairings, inching toward a new romance or both.

Michael Corinthos (Chad Duell) is currently with Sasha Gilmore (Sofia Mattsson), but General Hospital spoilers say he seems poised to get together with Willow Tait (Katelyn MacMullen) down the road.

They’ve had opportunities and passed them up. Dustin Phillips (Mark Lawson) is with Lulu Spencer (Emme Rylan) and that seems like something General Hospital tends to stick with for a while, too.

There just aren’t many handsome possibilities for Maxie, but what about a new hunk that’s set to debut? Brando Corbin (Johnny Wactor) is alive and will save Carly Corinthos’ (Laura Wright) life soon.

With such a dramatic entrance for Gladys Corbin’s (Bonnie Burroughs) supposedly dead son, it seems like Brando’s going to stick around for a while. He could become quite important on canvas.

Could Brando Corbin end up being a new love interest option for Maxie? It’s worth considering since there’s just no one else for her to go with. Soaps are a genre built on romance, so Maxie’s going to need one after all the Peter heartbreak.

Brando is certainly an option since it looks like he’ll be single and ready to mingle. Could you get behind a “Braxie” or “Mando” pairing?

Do you hope Maxie finds lasting love after Peter? We’ll give you updates as other GH news comes in. Stay tuned to the ABC soap and don’t forget to check CDL often for the latest General Hospital spoilers, updates and news.