The Young and the Restless Spoilers: Lola Rosales Leaves Genoa City for Miami – Is This Sasha Calle’s Y&R Exit? 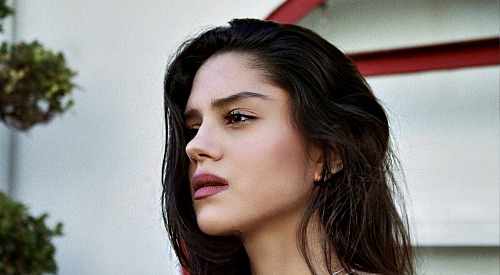 The Young and the Restless (Y&R) spoilers tease that Lola Rosales (Sasha Calle) is set to exit the CBS soap according to a reliable insider report. How will Lola leave Genoa City? Y&R may have already laid the groundwork for that when Lola randomly decided to open up her dream restaurant in Miami.

It was an odd decision considering Lola spends so much time busy in Society’s kitchen. Why give Lola an offscreen restaurant in another city? It seemed like an easy exit strategy right off the bat. The Young and the Restless has this departure route ready and waiting, so that may be the one they’ll choose for Lola.

On the episode airing April 15, Lola gets a phone call about an issue at the restaurant’s construction site. She informs Theo Vanderway (Tyler Johnson) that she needs to head down to Miami and handle it, so this will take Lola out of town.

Now it’s possible Lola will pop up for some final scenes with Rey Rosales (Jordi Vilasuso) and her friends at some point. It would be pretty cruel to just send Lola off canvas without any sort of farewell. Even Arturo Rosales (Jason Canela) and Mia Rosales (Noemi Gonzalez) got a chance to say their goodbyes!

However, this trip does seem crucial – like a way to show Lola she needs to devote her full attention to this Miami restaurant. Lola can also spend time with her family while she’s there and perhaps see that this is the fresh start she needs. One far away from Kyle Abbott (Michael Mealor) and Summer Newman (Hunter King)!

Where does Theo fit in all this? Maybe nowhere at all since Theo’s playing dirty and about to get himself fired from Jabot. Honesty is important to Lola, so she may turn her back on Theo after his latest move. We should also consider what Young and the Restless Head Writer Josh Griffith had to say in a recent issue of CBS Soaps in Depth.

“Lola will take inventory of what life means post-Kyle and will need to make a decision about whether this will include Theo,” Griffith said. Lola will reflect and reevaluate, so it’s not sounding all that great for Theo and Lola’s future.

Lola may determine that she has to focus on herself and her own needs. Putting all her time and energy into the new restaurant may be enough for Lola at the moment.

Regardless, there’s surely a reason Y&R included this Miami restaurant and set up Lola’s latest trip. All signs point to the exit door for Sasha Calle and her alter ego Lola Rosales – so we’ll give you updates as other news rolls in. The Young and the Restless spoilers say there’s much more drama to come. CDL’s your go-to source for exciting Young and the Restless spoilers, news and updates.