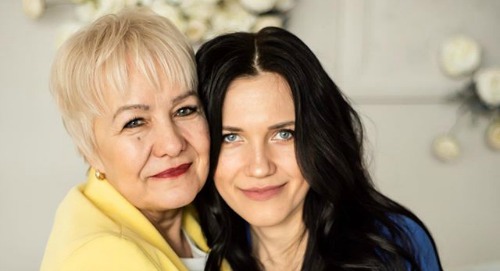 TLC 90 Day Fiance: Before The 90 Days spoilers tease that Geoffrey Paschel seems to have big plans for Varya Malina. As 90 Days viewers know, Geoffrey and Varya have had a rough time as of late. Geoffrey bit the bullet and told Varya’s mom and brother about his prison stint and his drug-dealing past, and it didn’t go over well. Varya’s mom most definitely does not accept Geoffrey and doesn’t approve of Varya going to the US to be with him.

Well, despite that blatant rejection by Varya’s family, Varya decided to move forward with Geoffrey and see where things go. But Varya has been pretty candid in the confessionals – and with Geoffrey – that she’s not sure how she feels about Geoffrey’s past.

Varya specifically told Geoffrey in last Sunday’s episode that she still wasn’t sure if she was ok with his past, but still she agreed to go camping with him and meet his friend Igor.

On the new sneak peek video that’s currently available online and on the TLC Go App, Geoffrey and Varya wake up the next morning after camping and head to a “banya,” which is like a Russian sauna. The two seem to be having a good time together, and Varya seems to be much more at ease now that the subject of Geoffrey’s past has been dropped.

“Things are going pretty well and Varya seems more relaxed now,” Geoffrey says in a confessional. “I love spending time with Varya, but I’m leaving in just a few days. It’s really hard do know where I stand with Varya. Hopefully I can convince her that we can still have a great life together, despite my past.”

And in her confessional, Varya expresses her own mixed feelings: “I feel chemistry between us. I like that he is being honest with me. He is kind. He’s caring, sweet. We’re having fun right now, but I keep asking myself if he is the one, if I’m ready for the next step. And with Geoffrey leaving in a few days, I have to decide very soon.”

Well, the previews for this Sunday’s all-new episode of Before The 90 Days tease that Geoffrey may be on the verge of proposing. Geoffrey is shown with Varya at a picnic table, and he starts giving what sounds like the beginnings of a marriage proposal, as a shocked Varya watches. But is this really a good idea?

After all, it seems like Varya is giving all sorts of signals that she’ll say no if asked, and she’s obviously uncomfortable with Geoffrey’s past. Does Geoffrey not see this? Or does he see it, but is deciding to go forward with the proposal anyway, given that he only has a few days left in Russia? Maybe he’ll figure that he needs to just give it a shot.

We’ll see what happens here, but it certainly looks like Geoffrey will propose. What do you think Varya’s answer to Geoffrey’s proposal will be? Stay tuned to 90 Day Fiance: Before The 90 Days and be sure to keep CDL bookmarked for all the latest news and updates on the show!