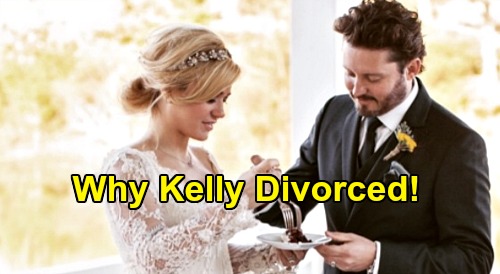 In a decision that shocked the world of celebrity gossip, Kelly Clarkson filed for divorce after almost seven years of marriage to Brandon Blackstock. Up until now Clarkson and Blackstock had a seemingly picture-perfect blended family. They share two children together: River, 6, and Remington, who’s 4. Blackstock also has two children from a previous marriage: Seth, 13, as well as 18-year-old Savannah.

So what went wrong for the previously happy couple? Why did Kelly Clarkson divorce Brandon Blackstock? A source close to Blackstock and Clarkson revealed some details to Entertainment Tonight Online.

According to this source, those who were truly in the inner circle knew Clarkson and Blackstock were having issues in their marriage. This divorce wasn’t a huge surprise to those in the know.

“Kelly and Brandon had been having problems for several months and were making a conscious effort to work things out,” the source insisted. “They both hoped quarantining away from L.A. in Montana would help them work things out in their marriage, but instead the change in environment was actually detrimental.”

Since Blackstock is also Clarkson’s manager, there was perhaps a little too much togetherness going on – even before the quarantine. Unfortunately, a bad situation became worse according to this source.

In the end, Clarkson knew what she had to do – and that was divorce Blackstock. It looks like they gave it their best shot, but there truly were irreconcilable differences as Clarkson claimed when she filed.

The source noted that “this recent downtime gave her the time she needed to think about her life and her marriage.” Clarkson apparently found clarity and “realized divorce was her only option.” The documents filed on June 4 include Clarkson’s push for their prenup to be enforced and for the pair to share joint custody of the kids.

This was undoubtedly a difficult choice, but Clarkson had to do what was right for her – and for Blackstock too based on how all this sounds. If Clarkson and Blackstock can’t make it work as a couple, they’re better off living separate lives and coparenting.

With any luck, maybe they can both find peace and happiness down the road. We’ll give you updates as other news becomes available.

What do you think about Kelly Clarkson and Brandon Blackstock’s divorce bombshell? Were you shocked or did you see this coming? Don’t forget to stop by CDL frequently for more celebrity news, updates and other interesting scoops.