Kelly Clarkson Divorce: Is There a Prenup with Brandon Blackstock? 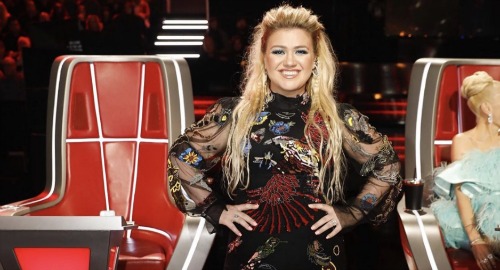 Kelly Clarkson has filed for divorce from Brandon Blackstock, so it’s time to think about all the money involved here. Clarkson and Blackstock have been married for almost seven years and share two children. They’ve built a life together that’s coming to an end, so what happens next? Does Clarkson have a prenup with Blackstock?

The answer is yes, so that’s good to know. When it comes to big stars like Clarkson, things can get awfully messy without prenuptial agreements. Clarkson thankfully worked one out before her marriage to Blackstock – and she wants it enforced according to legal documents obtained by TMZ.

Of course, no details have been released on exactly what the prenup says, but Clarkson and Blackstock already agreed on it when they signed. Enforcing it should be easy enough now that the couple’s splitting up, which is certainly sad news. Even so, it’s nice to hear these prenup updates and know where things stand.

In 2016, Clarkson talked about standing on her own two feet financially and how important that is to her. “I have an awesome life, and I can hold this down on my own,” Clarkson said at a Good Housekeeping luncheon. “I learned that from my mother. She depended a lot, financially, on a man.”

Clarkson went on to talk about Blackstock and how her mother’s experience shaped a new one for her. “I don’t depend on him, and he doesn’t depend on me,” Clarkson said about Blackstock, who’s a music manager. “We made our own way in our own right, and I think that’s what really helps, too.”

Clarkson was obviously smart about protecting her fortune through this prenup. No one can blame her for that! Clarkson’s a successful gal who worked hard to earn everything she’s got. It’s for the best that Clarkson and Blackstock’s prenuptial agreement is a done deal.

Divorces are hard, but they get a little easier when you’re prepared just in case things go south. It sounds like Clarkson and Blackstock are indeed prepared. CDL’s a great place to visit for lots of celebrity news and updates, so be sure to pop back in soon.