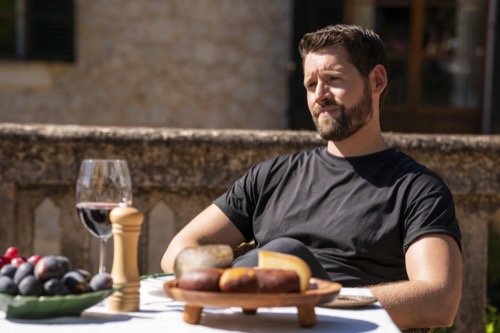 In tonight’s FBI International episode some anti-capitalist protesters went too far. The group broke into a mansion in Mallorca, Spain. They destroyed property. They wrecked the home. They hung a huge banner about “eat the rich” and they taunted the police when they showed up. But someone was dead. There was a body of a woman who lived there beaten to death. The protestors claimed they found her like that. The police weren’t sure to believe them and the fly team became involved once the victim was identified as an American. Her name was Emelia Sofer. She was the daughter-in-law of Ronan Sofer. He was known for running a blood diamond trade and he was recently kicked out of Spain because of sanctions.

The family was ridiculously wealthy. They were billionaires. Or they were before the sanctions. They also brought a lot to the economy and so not everyone was happy when Ronan got kicked out. But Emelia was someone that was adored by the community. She was well-liked. Even the police were taking her death personally. They bit the head off of the Europol officer who dared to ask if Emelia had any enemies. Scott and his team realized early on that the police weren’t going to be of much help. The police were focused on the protestors and Scott and his team were sure the protestors weren’t involved. And they were sure because only three of the protestors were seen going upstairs.

Lizzie, Arturo, and the leader of the group were Quinns. Quinns was seen on the balcony by the police for most of the time they were upstairs. He was ruled out. Lizzie only joined the protest as a means of getting more likes on social media. She wanted to be an influencer and she was building her brand. She would never risk that by killing someone for the cause. Which leaves Arturo. Arturo was seen with a golf club smashing up items and the golf club was the only thing missing from the scene. It was suspected to be the murder weapon. But there was a problem because Arturo didn’t have enough blood on him to be the killer.

The killer had to be covered in blood. There was blood sprayed everywhere in the room Emelia died and so her killer had to be covered in it as well. There was no blood on Arturo. There was a spot on his sleeve. That was it. He couldn’t be the killer because forensics says he was innocent and so Scott’s team was looking at Emelia’s family. Her husband. Her husband claimed to be in meetings all day in Barcelona. He wouldn’t admit who he was in a meeting with and the team couldn’t verify who the meeting was with. But they had their suspicions. They believed that Levy was talking to his father. Ronan wasn’t allowed back to Spain only it seems Emelia wanted out.

Emelia was a soft-hearted young woman. She did a lot for charity. When the story broke of her father-in-law’s dealings with the blood diamond trade, Emelia approached an accountant. She told the accountant that she wanted to know how to walk away from the family and keep her assets safe. Emelia told this person that she wanted to return to Minneapolis. She made no mention of her husband joining her. Something the team brought up to Levy. Levy claimed he always planned on joining Emelia back in the states and that his wife didn’t have to worry about his father. He also wouldn’t go on record to confirm or deny if his father was back in Spain in spite of the sanctions.

The family lost a lot to the sanctions. Most of their assets were frozen. Their properties were seized and so the team wondered why Emelia was at that house that day. Her husband claimed not to know why she was at that house. The team looked into the house. They found out that Ronan had changed ownership. He placed it under contract by a shell company and the shell company was a front for Emelia. Emelia was American. She wasn’t restricted by the sanctions. Having the property in her name kept the house safe. Emelia’s accountant friend was asked about the house. He said Emelia only found out about it once Ronan sent her a bunch of paperwork and asked her to sign.

The paperwork was a ruse according to the accountant. It was actually a way of getting Emelia to sign off on selling the property so that Ronan would be able to claim the money and so the accountant told Emelia this once he saw the paperwork. He managed to convince her to sell the property first. He said that Emelia wanted to donate the millions to a charity. He also said he had paperwork proving this back at his apartment. Special Agent Kellet went with the accountant to go get the paperwork. Scott didn’t go because he went after Levy. The police were trying to close the case and they were in a rush to blame the protestors.

Scott had thought it was Ronan who was pressuring the police to close the case. It wasn’t until Scott followed Levy and ended up meeting Ronan himself that he was able to clear things up. Emelia wasn’t killed for trying to take money away from her in-laws. She was killed by her accountant friend. It turns out her father-in-law had warned her she was being scammed by the accountant. The charity she was going to donate to – was fake! It was all the accountants. He wanted to scam her and her father-in-law warned her about it and so Emelia confronted Brian. And he murdered her.

He even attacked Kellet to try and cover up his crimes and she was forced to knock him out to arrest him. Now, that guy was facing life for murder.

The property reverted back to Levy upon his wife’s death and he won’t go against his father.