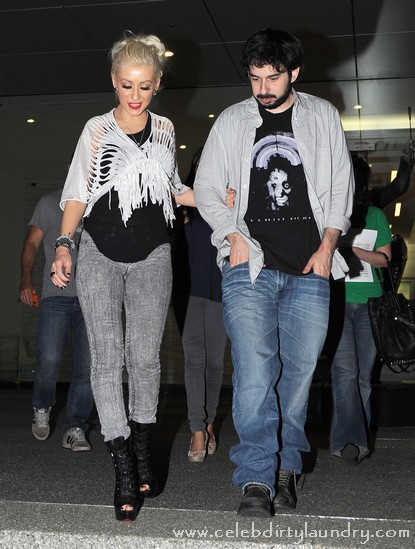 In papers filed in the Los Angeles District Court, Jason  represented, by Bruce A. Clemond, declared he had no intention to dispute the split.  Must be a whopper settlement that Christina offered to the ditched Jordan.

Aguilera and Bratman met in 2002 and married in November 2005 – the had a son together, two-year-old Max Liron Bratman, but their relationship disintegrated anyway.

Citing irreconcilable differences, Jason, 33, filed his petition and told the court the pair had “resolved” their property, assets and debts, “by signed agreement”.

Christina, 30, had previously sought joint legal and physical custody and now Jason stated the pair had privately come to an agreement about custody.

Marriage in the world of entertainment should be granted on a temporary basis or perhaps banned altogether.