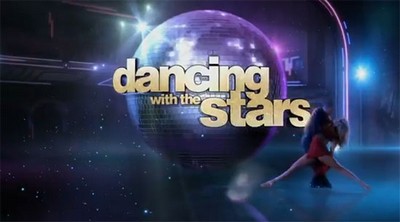 Tonight is the ninth episode of Dancing With The Stars and the semi-finals have arrived.  The competition has really heated up in the ballroom.  The four remaining contestants will try to charm the audience into voting them into the finals.  Last week we Nancy Grace was sent home.  If you missed the performance show you can read the official recap of the episode here!  If you missed the result show you can read our recap here!

This week in the semi-finals each pair will light up the ballroom floor with thrilling performances.  The contestants will have to perform three routines.  Their first performance is an Argentine Tango, their second dance is either a Paso Doble or Samba.  Their third routine will see all four of the couples dancing the Cha-Cha in a relay in which all couples will dance to the same song.   Every couple is going to dance for 35 or 40 seconds, then leave so another couple can come onto the floor and continue dancing to the same track.

Len said: I think it amazing to do 3 dances in one week, well done for that. What I liked about that dance is it had attitude but lost finesse. Bruno said: you were unchained and because of that you lost a bit of control. Carrie Ann said: you nailed the character of the dance I thought the holds were a little out of sync.

Hope Solo and Maksim Chmerkovskiy dancing the Argentine Tango. ROUND 2

Len said: Far better than the Paso Doble, it was clean.  Well Done!  Bruno said:  Much better, you were sexy, you did not look like you were going to kill him, much better.  Carrie Ann said:  There was definitely fluidity and you were working together.  I feel like some of the grace into the lifts was not there.  But I give you points for ambition.

Bruno said:  I can really feel the thrill and excitement of the chase the role playing was great. The posture was not quite there.  But the performance was good.  Carrie Ann said:  I give you so much credit for attacking the performance like that with a sore ankle.  I believe your posture really suffered.  Come back strong with the other dances.  Len said:  For me this dance did not suit you at all.  It was more zero than zorro.  You were too hunched over.  The man is suppose to dominate.  I feel with you because of your injury.

JR Martinez and Karina Smirnoff dancing the Argentine Tango ROUND 2

Bruno said:  You were strong, fearless, for a man to try those list was incredible.  Great job!  Carrie Ann said:  When you were dancing there was like there was a true fire between you both.  The lifts were difficult and you commended it.  Len said:  It had mood, that is the way to go come back strong well done!

Carrie Ann said:  Who are you?  What was that?  Holy cow it was fabulous!  Rob it was amazing, the musicality was great fantastic!  Len said:  When you came out I thought oh no, but once you got on the floor I thought oh yes.   Bruno said You exceeded expectations once you started dancing there was no stopping you.  Fantastic!

Rob Kardashian and Cheryl Burke dancing the Argentine Tango.  ROUND 2

Carrie Ann said: There is not way to fake good dancing and that is what I see in the finals.  That was good strong good dancing, passion and power! Len said:  It is not where it starts it is where it finishes and you finished strong.  Bruno said:  You started out as a goofy outsider but now you are looking great.

Len said: Straight into the dance, fabulous, fabulous, Fabulous.  You just took a giant step into the finals!  Bruno said: Bright and brilliant from beginning to end.  I am dazzled.  Carrie Ann said:   I saw you working your shoulders.  It made all the difference that was what shows technique.  A fabulous dance!

Ricki Lake and Derek Hough dancing the Argentine Tango. ROUND 2

Len said: Lovely contrast of movement, lovely dance, I don’t think you know how good that was because it was really really good.  Bruno said:  Spot on, dancing fabulous.  Carrie Ann said:  What I see in you is the core strength improving.  You always had the fashion but now you have the pop!

Len said:  I think the whole night has been like going out for a beautiful.  The  Ch Cha was the desert.  Bruno said – tonght everyone delivered, a fantastic show.  Three dances one after the other is a very, ver hard task.  It is going to be hard for us to score.  Carrie Ann said: it is really fantastic we get to watch you all one after the other and the dance was not quite as expected!