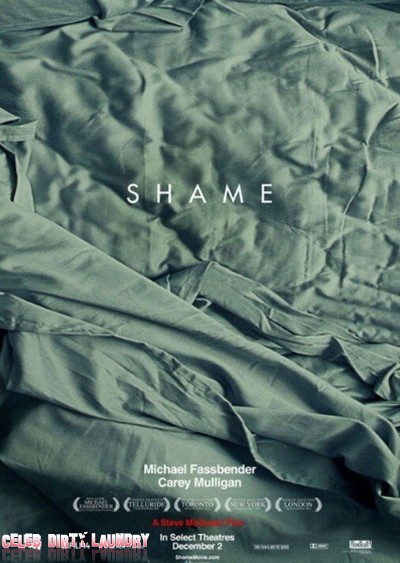 The trailer for film festival circuit champ ‘Shame’ has officially debuted! The Fox Searchlight Pictures release will open on December 2nd and those looking for a work of substance and artistry can hardy wait. Directed by Steve McQueen, who’s initial film ‘Hunger’ was superb yet utterly disturbing, the film chronicles a single New Yorker’s battle with sex addiction. Brandon (‘It Boy’ Michael Fassbender) is a victim of his own desires.

He cannot function without engaging in some form of sexual activity, be it viewing pornography or bedding a woman he’s just met. Yet this pattern is disrupted when his sister Cissy (Carey Mulligan) informs him that she’s moving in with him. The two are both emotionally broken and soon learn just how mangled their relationship can get.

Macabre yet honest, the film is a rarity. Not only are the two leads destined for Oscar recognition but the subject matter will likely shed light on an addition that plagues millions of Americans.