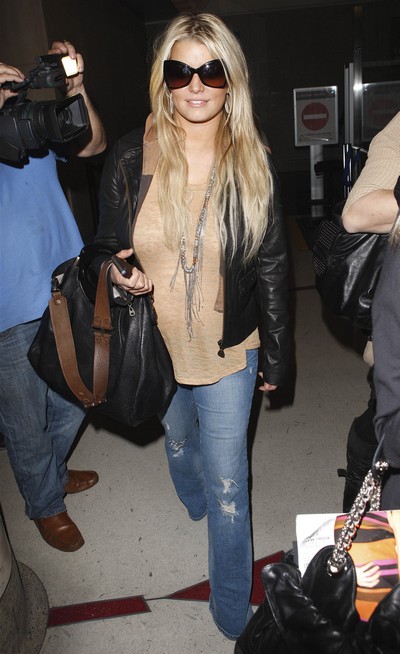 Jessica Simpson is reportedly pregnant and ready to go public with the news today.  Jessica and her fiancé, NFL player Eric Johnson are said to be expecting their first child and she is getting ready to announce the big news after already telling some of her close friends and family.

A source close to Jessica said: “It’s still early in the pregnancy, and Jessica has decided to wait before sharing her happiness with her fans. But she has begun telling family and friends the exciting news.”

An sign that Jessica is definitely pregnant came when she sent back her glass of champagne as she celebrated Eric’s 32nd birthday.

This lead to further speculation she has a child on the way.

Jessica’s dad, Joe, who runs her life according to ex-husband Nick Lachey, did not deny the rumours when he was questioned about whether she is expecting.

He said: “I haven’t heard anything. Is she pregnant? I better give them a call if she is!”

Jessica and Eric are thought to have recently postponed their wedding – which was due to take place in November – because she is unsure of how she wants her big day to play out, but Joe is keen for the nuptials to take place.

He added: “I wish it would happen! It is just a matter of logistics. They have had so much to do.”

It could be that being pregnant made her to decide to postpone the wedding. Jessica might very well be somewhat overwhelmed by the baby growing inside of her.