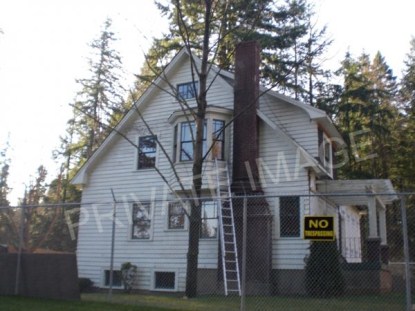 The filming of The Twilight Saga: Breaking Dawn is moving from Baton Rouge to Vancouver, BC in February and will be filming there until April.    The Kirsten Stewart house where her character Bella Swan lives with her father Charlie just started being constructed a short time ago and is already finished as you can see from the photos above and below from German Twilighter.

The set is very simple so hence the reason it went up so fast.  Security is suppose to be really beefed up on the set with a confinement unit to deal with twi-hards and paparazzi.  However, the security currently is pretty relaxed ight now and these pictures were able to be taken of the Swan house.  No one seems to mind if fans come up and take pictures.

I am sure once the Robert Pattinson, Kristen Stewart and the rest of the cast move that will change and security will be at an all time high and the confinement unit will be in place.  Are you getting more excited?