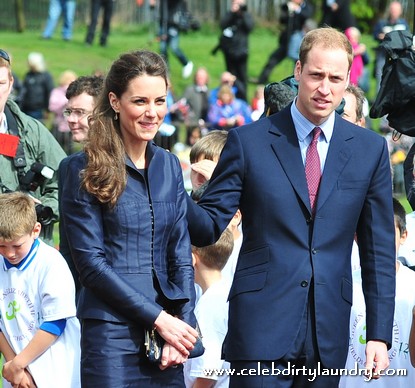 Prince William has asked for a delay to let his bride settle in before being thrown into a hectic schedule of public engagements.   The aim is to spare Kate the pressures faced by Princess Diana soon after she married William’s father, Prince Charles.

Princess Diana was an immediate figure in national life, taking on her public duties straight after her 1981 wedding.   The couple separated 11 years later and divorced in 1996.

Instead Prince William wants to follow the example set by the Queen.   A palace official told the Sunday Times: “Prince William and Catherine will follow the model of the Queen’s marriage to Prince Philip. “They have had a strong relationship and William is keen to cement his marriage before the public role takes over.”

When Her Majesty married Philip, the Duke of Edinburgh, she was a Royal Navy wife in Malta where her husband was an officer aboard HMS Chequers.  The Queen later described that time as the happiest years of her life.   William has discussed the plan with his grandmother and he and Kate will carry out only two joint appearances in the month after their top-secret honeymoon.

This will be followed by their first official overseas tour when they will visit Canada for eight days.   News of his intentions surfaced as an embarrassing security lapse was uncovered regarding the cosy cottage they share in Anglesey, north Wales, close to William’s search and rescue helicopter base.

The detailed layout of the property, including the location of all windows, was discovered publicly available at the planning offices of the local council.