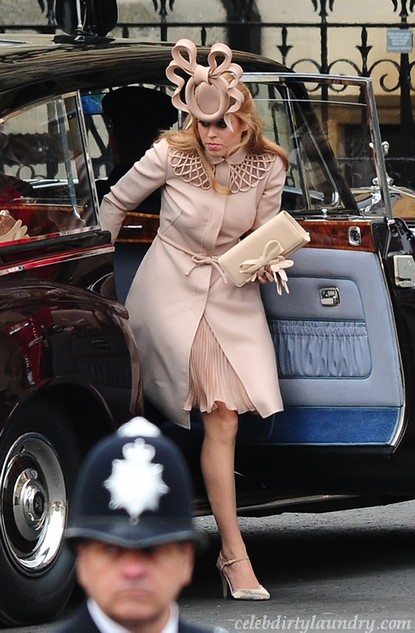 If you liked the fascinator that Princess Beatrice wore to the Royal Wedding, then you’re in luck!

According to her mother, Duchess Sarah Ferguson, Princess Beatrice is auctioning off the atrocious hat on eBay — for charity!

The Duchess said during an appearance on Oprah Winfrey’s show, “She’s putting it up on eBay to auction it for UNICEF and for children in crisis.”

The fascinator was made by Philip Treacy and it instantly got attention as the Princess made her way inside Westminster Abbey to witness the Royal Wedding ceremony.

Treacy said, “No, they didn’t tell me [what they wanted] because I’ve known them for a long time…and I wanted them to look gorgeous and beautiful.”

Will you be looking to purchase the famous hat on eBay? Let us know in the comments!