Report: Casey Anthony’s Hides In Ohio – Life In Danger If She Returns To Florida 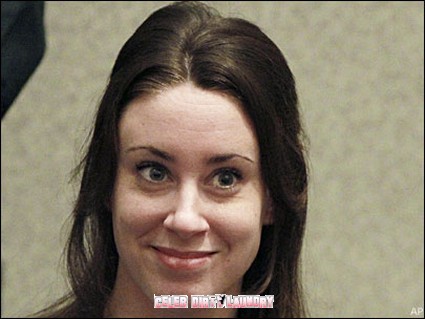 On Monday a judge ordered Casey Anthony to report to Orlando within 3 days as part of her supervised probation in a case unrelated to her murder trial.

But Casey’s attorney, Cheney Mason, is fighting to protect his client and that means not returning to Florida where Cheney argues the murder mom will not be safe.  Casey was spotted in Ohio on Monday, the first confirmed sighting of the acquitted murder suspect since her release.

Casey went into hiding when she was released from jail July 17 after being found not guilty of murder in the death of her daughter Caylee.

A month after the disappearance of her daughter, Casey admitted to fraudulently using her best friend’s checks to buy more than $400 worth of clothes and groceries back in 2008. It is this case that caused the judge to demand Casey’s return to Orlando.

“Any requirement that she return to Orange County (would) put her in great peril, as well as impose a significant cost to taxpayers,” he writes.

Cheney argued that Anthony had already served out her probation while in jail in the murder case and that the judge’s ruling in the check fraud case contained a number of technical errors in ordering Anthony back to Orlando.

Whether she returns to Florida remains to be seen, but we know where she is right now: Ohio – trying to blend in by wearing an Ohio State University cap.

In her OSU hat, tight-fitting top and glasses, Casey checked out some dresses at a local Old Navy store. Casey has relatives in Ohio, though it is unclear if she is staying with them or seeking mental health treatment there.