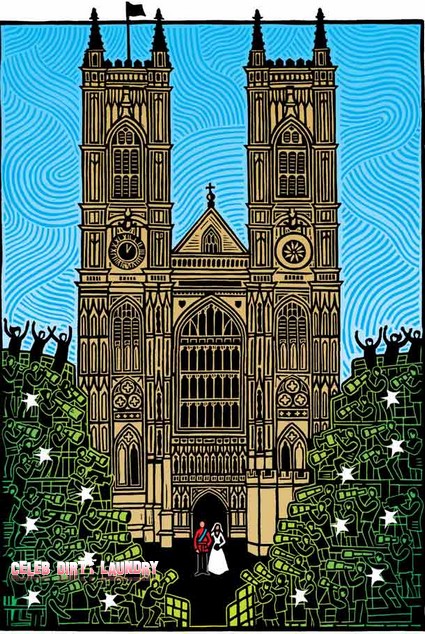 To  celebrate the event Westminster Abbey chose to use Kate and William on the annual Christmas card.  The card shows the couple standing at the entrance of the Abbey while millions watched and flashbulbs go off.  The card was designed by graphic designer Hugh Ribbans and the design is called ‘Smile Please.’

Another way to commemorate the wedding Royal Crown Derby has released a Christmas ornament which is finished in 22 carat gold and sells for approx $150.  The ornament has the initials of Prince Williams and Kate Middleton and only 1,500 of them have been made.   So hurray out to get one before they are all sold out :-)