Why The Divorce? What Really Caused The Ruin Of Kim Kardashian And Kris Humphries’ Marriage 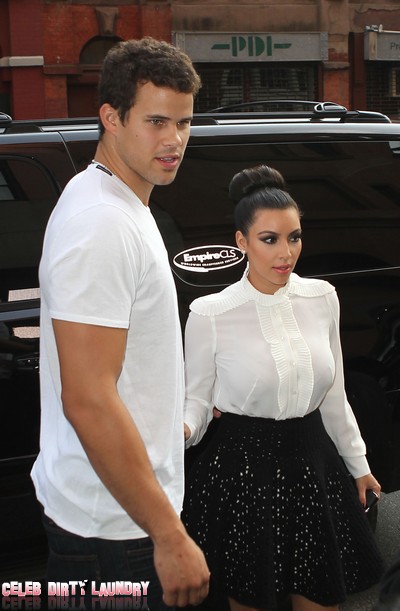 Why did Kim Kardashian file for divorce from Kris Humphries citing irreconcilable differences? What exactly are those differences? The answers to these questions will frighten you.

Let’s begin our analysis with a look at the available evidence – scant though it is… . The stories out there in blog land explaining the divorce are basically partitioned into two groups:

One group says that Kris insisted that Kim agree to settle down in Montana ‘eventually’ so that the loving couple could enjoy a sedate family-style lifestyle – raise their kids – milk the cows – shear the sheep, you know, the bucolic ideal… but Kim refused. To this we have a one word comment – BULLSHIT!

Let’s face the facts – nobody who wants to enjoy a rural lifestyle in Montana marries the biggest fame whore on this planet, Kim Kardashian. Kris prefers to spend his leisure time in Vegas with Vinny Gaudagnino, rather than going fishing, so we need to look elsewhere for the cause of the demise of their marriage. Besides, this Montana home would have been something the couple would have discussed thoroughly before marriage.

The second group says that Kris was too much into fame for Kim’s taste!!!! Do we even need to consider this obviously absurd supposition? NOBODY is more concerned about fame and success than Kim and she clearly directed every step of her wedding and marriage (and now divorce) to optimize her exposure and buzz. Nevertheless, just for laughs we report what TMZ said that Kim’s friends had to say about the divorce.

TMZ says:   Kim’s friends are saying that in the last week or so, when they started talking about the possibility of divorce, Kris went into full Hollywood gear, talking about “branding” the Kris Humphries name with cologne, nightclub appearances and what not. And we’re told Kris was pushing to keep their connection going, even if they ended their marriage … and that threw up red flags. We’re told Kim was especially put off that Kris hired a Hollywood publicist over the weekend to work on his image.

Of course this is nonsense – Kim is NOT seeking divorce because Kris wants to be famous and successful.

So what are we left with? Clearly both popular explanations for the divorce – 1) Kris wanting to live in Montana and 2) Kris being too ambitious – are false.

So here is my explanation: I know it sounds crazy and disgusting but it seems to me that Kim Kardashian filed for divorce to gain more publicity – boost her reality shows, boost her product line, boost her value as a celebrity commodity. When Kim married Kris she knew she would go for this early divorce and she probably knew exactly when. What do you think?  When the only apparent reason you choosing your husband is for the first letter of his name, K, what do you expect?