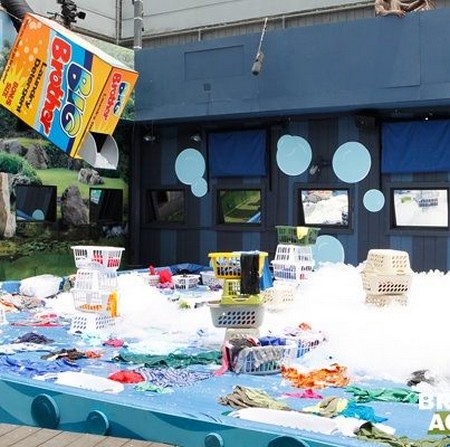 Tonight is another episode of Big Brother 14. Tonight we will see the first first PoV competition of the season. We can already see the usual backstabbing, drama and betrayal happening and I am sure tonight will be not exception. If you missed last week’s episode you can read our full and detailed recap here.

On last week’s episode Willie had to put up his nominations; Kara was nervous and had good reason to be.  It was confirmed that Willie lives up to his brother Russell and his brother Russell’s reputation. Well, it appeared that Willie does live up to it, he put up Frank, who he had an alliance with and Kara up. Frank actually looked pissed, really? Frank already back stabbed Willie by spilling his alliance to Mike, he seems to have forgotten that? Kara felt like crap, Frank is out for revenge. Britney took full credit for the nomination, she thinks Willie listened to her.

On tonight’s show model Kara Monaco of Orlando is in jeopardy of eviction on “Big Brother.”  She may find a way out in the latest episode tonight. It is  the first first PoV competition of the season.

It seems like a lot of people are watching big brother this season.  I guess all the drama and the fighting in the feeds are making people tune in.   The show placed in the local Top 10 twice last week.

Tune in tonight, our wait is over and another exciting and drama filled Big Brother is airing on CBS and you won’t want to miss it. So be sure to bookmark this spot, and come back for our live coverage of CBS’s Big Brother Week 2 PoV competition at 8:00 PM EST! While you wait for our recap hit the comments and let us know what you think of  Big Brother 14 so far.

Tonight’s recap:  Willie makes an excuse why he put Frank up.  Frank is so disappointed that Willie put him up.  Dan feels he is in danger because Kara was put up and he has already lost one player.  Dan tells Kara that she has to make everyone understand that she is not going to go after anyone.

Meanwhile Kara feels the target is on her back because Dan is her coach and she is a good player.

Janelle thinks Bookie is a tool box and his ego is enormous and she is glad they put up his player Frank.  Frank tells Bookie he fells bad that Kara has been put up because she is crying all the time.

Boogie tells Frank he cannot let Willie see he is mad.  Frank has to motivate Willie to keep him around.  Jenn was glad she heard what Boogie had to say she feels she is learning.

Frank asks to speak to Willie in private.  Willie tells Frank that the Bookie thing is bothering him because he knows Boogie is gunning for him.  Frank tells Willie he is not playing the game for Boogie.  Frank claims he knows his best chance in the house is with Willie.

In the diary room, Frank speaks about how important it is to make Willie believe him.  Frank knows right now Willie has a lot of power.

Janelle is speaking to Britney about who should go home.  They think between Kara and Frank it is a toss up.  They are glad their plan worked.  The two laugh about how they fooled the man.  Janelle says that she and Britney are leading the witch pack to get rid of Boogie.

Kara goes to Shane and asks him to play in the Veto competition for her but he is not sure what he will do he does not want to step on Willie’s toes.  He does realize playing in the veto gives him power.

Frank talks to Shane to plead his case and Shane him he does not want to piss Willie off but he is considering helping Frank if he wins.  If he helps Frank he needs him to help him in the future.  Shane is happy because both nominated players want to work with him.

Boogie decides he has to go and speak to Britney, she is not impressed.  Boogie tells her he knows Britney has control of Willie.  Boogie asks Britney if she is willing to put Joe up for the replacement nomination, he wants to know if Janelle’s people are not to be considered.

Boogie basically tries to intimidate her and tells her if one of Janelle’s players does not go up, it is game on!  Britney is not being intimidated.

Boogie is not pleased how the conversation went and has to think of some alternative plans.  Britney heads over to Janelle and tells her that Boogie threatened her.  Janelle tells her, don’t worry, that is how Boogie plays the game, intimidation.

Britney goes to the Diary Room and dishes that she is trying to ruin Boogie’s name in the house.

Boogie goes to see Janelle and tries to set up a plan to get rid of Dan.  Janelle does not think Boogie is loyal because he is trying to throw Dan under the bus already.

Janelle goes to the Diary Room and says she hates Boogie so much.  She then heads to see Dan and tells him that Boogie is trying to throw him under the bus.  Janelle is determined to drive a wedge between Boogie and Dan.

Jo Jo come to get everyone to tell them it is time for the Veto competition.  They walk out into the yard and there is laundry and washing machines.  The challenge is called loose change. At the Big Brother Laundromat they need $1.30.  They have to go to the soap bubbles and find coins.  Once they find the coins they put it in the vending machines.  The person who gets exact change wins POV.  They need to find a 5cent, 25cent and a dollar coin.  The catch is there is a lot of suds and bubbles so they are getting really wet and it is slippery.

Kara has the first 5cents

The winner is Shane, he wins the golden Power of Veto.

Frank knows he dropped the ball in the competition.  Kara is upset, she tried her best and intends to talk to Shane.

Shane knows a lot rests on his shoulder and he wants to make the best decision to win $500,000.

American now gets to vote what the “have not’s” get to eat all week.

Britney and Janelle are celebrating that Shane won and not Kara and Frank.  The blonds are controlling Shane and tells him not to use the Power of Veto.  Shane is not sure what he is going to do.

Shane comes in to talk to Dan and Kara.  Shane tells them he does not know what to do.  He does not really want to stir up the pot to piss Willie off.  Kara tells Shane she is willing to make a deal.  Shane has to think about it.

Frank takes Shane aside and asks what he is going to do.  Shane tells Frank he is not sure he can trust him to come through with his promises.

Shane goes outside and Bookie is there, it is early and Boogie wants to talk game.  Bookie asks Shane if it is fair to say that he is not going to save Frank.  Shane tells Boogie that he knows next week he may get put up.  Boogies tells him not if he votes with his team.  Boogie tells Shane he still controls his team.

Shane thinks Bookie makes some good points but is not sure he can trust him.

Going into the Veto meeting Shane is pulled in so many different ways.  His alliance does not want him to use the Veto and Kara and Frank want him to save them.

Time for the Veto meeting – Shane gives Kara and Frank a last chance to tell him why he should save her.  Neither says very much.

Shane decided NOT to use the Veto.  He tells them it is in his best interest not to use it and adjourns the meeting.  Kara says she does not want to go and she is going to fight to stay.  Frank realizes he is going to have to campaign against Kara.  Both Dan and Bookie are confident they are going save their players.