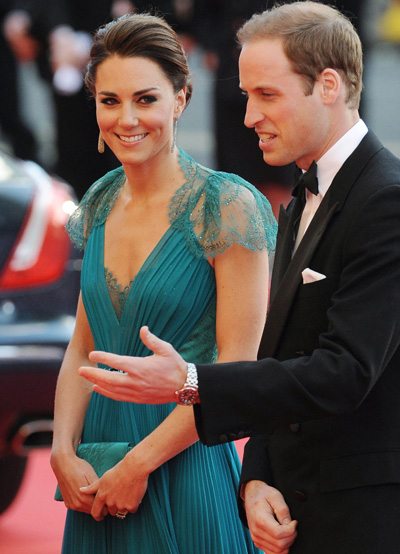 It must be really hard to come up with a suitable present for the prince who has nearly everything (except for a robust hair line.) Because, according to Now Magazine, Duchess Catherine of Cambridge, i.e. Kate Middleton to you and me, has decided that she will give her husband Prince William a scrapbook and a mixtape for his upcoming 30th birthday.

And not just any kind of scrapbook, a romantic one that includes snapshots of  “every holiday they’ve been on, memorabilia of special moments in their relationship and a heartfelt birthday message.”

“Kate could’ve quite easily gone out and bought something to mark Wills’ landmark year but instead she’s decided to give him something far more personal as it will mean so much to him,” said a source to the magazine.

“Not only that, she’s also making him a mixtape – well, an iPod playlist – of songs that have special meaning to them.“

On one hand, Prince William probably buys everything he wants the second he decides he wants it (or better yet, he asks his personal secretary to buy it for him,) so it’s easy to understand why Kate, who is planning his party as well, might turn to arts and crafts when it comes to his present. Read More: When Will Kate Middleton Ditch The Fake Diamonds And Start Dressing Like An Actual Princess?

Still, is there a 30-year-old man alive who would really appreciate a scrapbook, and not just pretend to like it before stashing it in a closet?

Considering that Kate first drew William’s attention by modeling a see-through dress in a charity fashion show, perhaps she would be better off giving William his own private lingerie show at home.