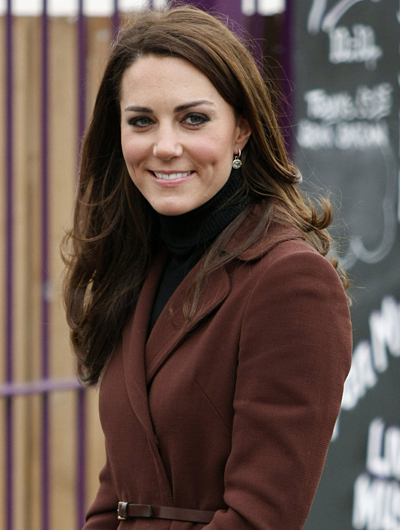 She’s only been a royal for less than a year, butDuchess Kate Middleton has proven herself to be the people’s pop culture princess! We already knew that she and her husband, Prince William, enjoyed watching Masterpiece Classic’s Downton Abbey, but what we didn’t know is that, like a lot of other women, Kate’s guilty past-time pleasure is reality TV!

According to US Magazine, during her visit to a children’s hospital on Valentine’s Day, Kate revealed that her favorite show is The Only Way Is Essex, which is like a British version of MTV’s The Hills.

“She has us all laughing, saying she never misses an episode and that Lauren Goodger is her favorite,” said a source to the Daily Star. “Kate said she really hopes that Lauren doesn’t get back with Mark Wright because he is not nice enough to her.“

The magazine also reports that Kate supposedly sent her husband, who’s serving overseas, a pair of silky, black boxers for Valentine’s (gasp)! How risque for a royal! Between her TV watching and underwear shopping, Kate is really trying to prove that she’s just like a lot of people, despite the tiaras and palace address.