Channing Tatum Admits That He’s Not A Great Actor 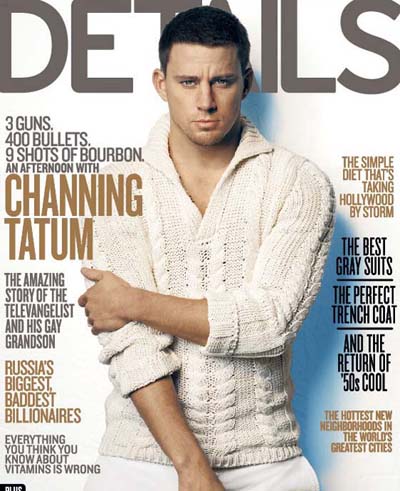 Is Channing Tatum a future Oscar or Golden Globe winner? Probably not, according to the actor himself!

In the new issue of Details, the 31-year-old admits what a lot of movie-goers have known for a while: that acting isn’t really his strong suit.

“I know I’m not the best actor. But I hope my characters are getting better,” Channing said to the magazine. “I didn’t go to acting school, so my knowledge of story, filmmaking and character comes from just being on set and doing it.“

Still, what Channing lacks in acting know-how, he makes up for with a buff body and a confident smile! (Seriously, check out these photos of him.)

And while he’s best known for playing romantic leads, opposite Amanda Seyfriend in Dear John and Rachel McAdams in the upcoming movie, The Vow, Channing seems like he’s ready to move away from female-oriented, tear-jerkers.

And while he’s currently working on producing his own projects, Channing does have one ringing endorsement from a well-respected director:

“He has a lot of the qualities I associate with people like George Clooney and Matt Damon and Brad Pitt in terms of being clear-eyed, hardworking, and masculine,” said director Steven  Soderberg, who worked with Channing on the upcoming film, Magic Mike. “He’s a man. I wish there was a better word, but in movie terms, he’s a man, he comes across on the screen as a man.”