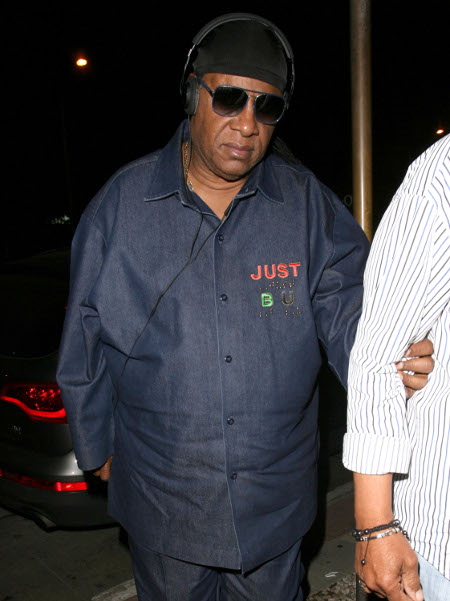 Stevie Wonder and Kai Millard Morris have finally decided to part ways after they’ve been separated for nearly three years. The couple separated back in 2009 and, just recently, decided to make the split official by filing divorce documents. And, even though Stevie came into his fortune and fame long before Kai was in the picture, it’s almost certain that at least some (and by some we mean a lot) of his assets will be split down the middle. Sorry, Stevie.

According to TMZ’s report, Wonder asks for joint custody of his two children — two boys ages 10 and 7. In the documents, Wonder also agrees to pay both child and spousal support, which will more than likely be hefty chunks of change out of his bank account each month.

The total amount of money that Kai is likely to receive is, as of yet, going unnamed, but we suspect it will be quite a bit. Wonder was the one who actually filed the documents and, if you hop on over to TMZ, you can see the original court documents for yourself firsthand. He filed the papers under his legal name, Stevland Morris, and signed the papers with two fingerprints.

Well, we hope this court battle is a relatively smooth one because, while we always enjoy some good court drama, we don’t know if our lil’ psyches can handle any more major catastrophic-celeb-relationship drama. Oh, nevermind, who are we kidding? We can handle it. Stevie Wonder and Kai Millard Morris divorce: GAME ON!