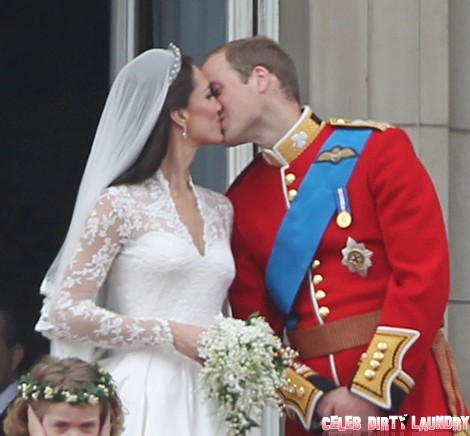 Recently there have been several new stories about Prince William and Duchess Kate Middleton. The couple posted updates this week to their website but none told of a pregnancy or a baby. In the most recent entry you can see pictures and read about the Duke of Cambridge working as a search and rescue pilot with the Royal Air Force. One thing that is noticeably missing from the news section is the announcement of a royal heir cooking in the Duchess’ belly. Everyone has been on royal bump watch since their wedding in April 2011. It seems now the speculation coupled with the Queen’s hoping, praying, guilt trips and nagging might actually produce a new munchkin to extend the royal bloodline.

US Weekly is reporting that William and Kate have just started working on getting pregnant and hope to announce the good news around Christmas time. What better present could Kate give her husband? Don’t take these reports of a royal pregnancy to heart yet. The article goes on to say the couple wanted the first two years of their marriage to be about work and then they would talk about having a family. It seems they are already making preparations. There are also reports that the couple bought a new residence in Kensington Palace, which they are having renovated, probably to make it baby friendly.

An insider told Life & Style that Kate wants a baby next year but she doesn’t want to raise the child mostly on her own. The insider goes on to say that Kate wants William to make a decision about his career prior to the baby arriving. His deployment with the Royal Air Force will end in mid 2013. William has to decide before the end of the year if he is going to quit the military, ask to be re-assigned to work closer to home or continue his military work. I think Kate is right to work these details out with William before they try for a baby. William’s uncle Prince Andrew had problems in his marriage to Fergie that ended in divorce due to him being away from home a lot for his military assignments.

William seems to be determined to not repeat his family’s mistakes and is probably glad to talk things over with Kate. The fact that the Duke and Duchess of Cambridge didn’t try for a baby from the get go tells me they want to enjoy being married for a while in addition to their work and royal duties before they take the next step in their marriage. I know the Royal Family is chomping at the bit for another heir to the thrown but they may just have to wait. Hopefully these stories that have been circulating all week are true. William and Kate are the most popular members of the royal family and I would love to see them produce a few bambinos just like them. They are fun and pretty down to earth for people in their positions.