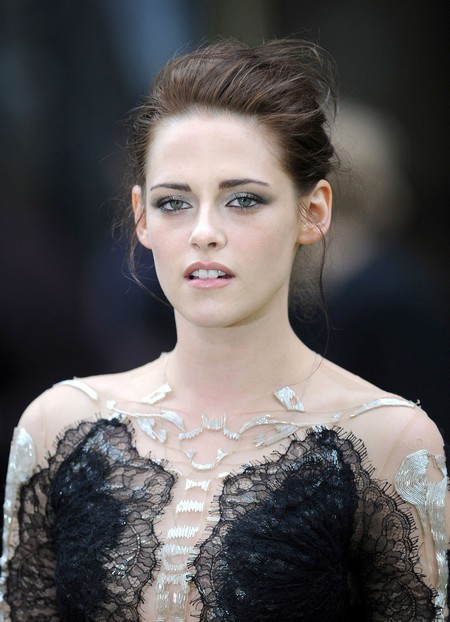 Who knew that after years of playing innocents like Bella Swan and Snow White, Kristen Stewart was really all about the c**ts?  That’s what the actress is telling the UK’s Elle Magazine.

The perpetually tired-looking Stewart is drawn to the darkness and, if she had her way, would start playing the types of characters who want to have sex with their fathers and desert their children. Paging Dr. Freud?

Kristen goes on to talk about another dream role – Cathy from East of Eden. Cathy is the embodiment of evil and leaves her twin children behind to operate a brothel.

“She’s a psychopathic, evil c**t!” Kristen points out. “I haven’t done that yet!”

That’s correct Kristen. You’ve been playing kissy face with vampires in the grass. I’m surprised Kristen seems so well read. She’s made no bones about calling out her teaching for “failing” her which ultimately led to her being homeschooled.

But the cursing, right? It’s a problem. I’ve been known to throw down some fighting words but not during an interview. Tighten that sh*t up, Kristen! Be a little more professional. I know sometimes it’s easier and more fun to say f*ck but calm down and show us your big girl, Ashley Judd vocabulary.

You’d think someone who enjoys Steinbeck, Styron and Amis would be able to come up with better words than “c*nt” and “f*cked” during a major sit-down. Or is this just Kristen’s charm? Or is she just name-dropping authors to sound smart because she’s insecure about her education?