Lea Michele Promises To Shock And Awe With New Glee 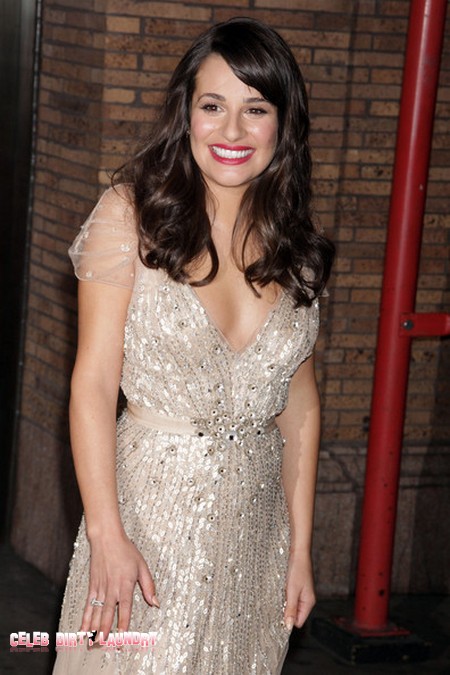 Lea Michele is right out there promoting ‘Glee’ claiming that she thinks the next season of the show will be ‘revolutionary’ television.  Lea has confirmed she will keep her role as Rachel Berry in the fourth series of the musical drama, and though she refused to say what is in store for her character, she promised creator Ryan Murphy has some “groundbreaking” ideas.

She said: “I’m so excited. I spoke with Ryan today. We had a great conversation. He told me his plan and I will tell you it’s incredibly groundbreaking and it’s revolutionary for television, the way he’s figured out how to use these graduated high school characters on this TV show.”

Lea also admitted she almost cried when Ryan confirmed her return to the show, even though she never doubted her future with the program.

She told E! Online: “I was like, ‘Ryan, I feel like I could cry!’ I always knew in the back of my mind, like, listen, I’m coming back whether they want it or no. I’m going to be a janitor in the background. I’m thankful every single day. This is the best job in the whole world. Ryan is the greatest creator and I adore him. My cast is my family. I’m so happy.”

It had been speculated that a number of cast members, including Lea, would no longer appear in the program because their characters had reached graduation age by the end of season three. As if the ‘Glee’ business would get rid of a star just because she is almost 10 years older than a student should be… .