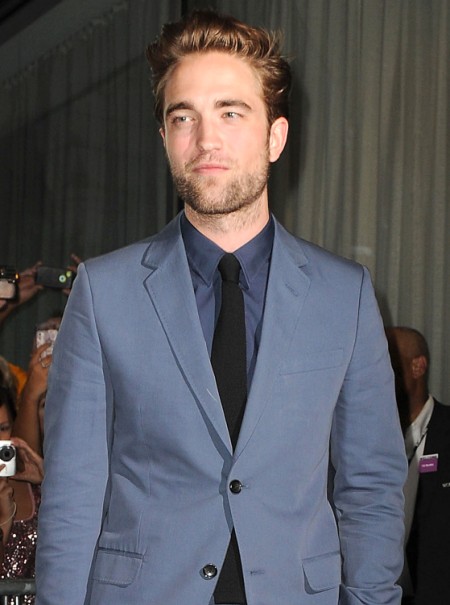 Everyone wants a piece of Robert Pattinson. There’s just something about a poor, crestfallen dude that just got his heart smashed open that makes women everywhere want to coddle him back to health so he can ultimately spurn his nurses and go out and bang hot chicks to his heart’s delight again. Too callous? Perhaps. But that’s how it feels with Rob ever since Kristen Stewart destroyed his sparkly soul in a mini cooper with an older, more worldly version of himself. Ever single girl under the sun is hankering to be the next Kristen – minus the affair and stupid ass sneakers she’s always wearing on red carpets. And since OK! magazine listed Rob as a great candidate for the next Bachelor, we thought it might be fun to try some matchmaking ourselves!

Reportedly Rob can have anybody from Katy Perry to Kate Upton; Shannon Woodward to Emilie de Ravin. Who should he pick? Will he choose what’s best for his career or what’s best for his heart? At the time, Kristen fulfilled both of those obligations. But like church and state, has Rob learned his lesson to keep those two facets of his life separate from now on?

With Cosmopolis and the final Twilight, Rob’s career is doing well – better than well. He’ll have no problem finding work over the next couple of years. So career-wise, things are on the up and up meaning he might persuade people that he can carry a film without Kristen on his arm. But that doesn’t mean Kristen and her scandal didn’t help Cosmopolis. I’m sure most wouldn’t have cared about his publicity tour if it wasn’t for the “will he or won’t he talk about the trampire” drama that came along with it. If he chooses not to reconcile with Kristen, will he have the same luck next time around? I’m not sure yet, but if Hollywood has taught us anything, it’s that a power couple is greater than the sum of its parts.

I think a single Rob is the best Rob for right now. Staying solo means he won’t alienate his Twilight fans who desperately want him back with Kristen and he can keep milking the broken heart thing. His next girlfriend is a big step because, from an emotional point of view he hasn’t had one in over three years,  but also because the American public will have a say. Rob’s fans are loyal and his upcoming non-Twilight movies are banking on that fact. If he starts showing up at events with any ‘ole slag, his fan base might turn on him. And we all know what  a Twilight snubbing looks like. Kristen will be carrying those love bites around for awhile.

He should take the time to go hog wild in the city for a few months. Screw some models, get papped motor boating Kate Upton. The public will be down for that. It won’t be serious. “He’s just trying to get over Kristen,” the Midwestern housewives will tell themselves. Basically he needs to watch the first 30 minutes of Forgetting Sarah Marshall.

When he’s tired of banging hot chicks (do men get tired banging hot chicks?) he can have his pick  of Hollywood’s young elite. The lucky lady will have to be high profile and someone that would make Kristen Stewart jealous. As classy as Kristen kept it with Rupert Sanders, Rob will do much better but not in the huge boobs, Kate Upton sort of way. He will lean towards the hipster, the esoteric, the girl who reads Faulkner and appreciates his art; the thinker. Taylor Swift? Oh, good choice but she’s busy fangirling the Kennedys right now. Maybe by the time Conor Kennedy realizes she’s a stage four clinger Robert will be ready for her type of dependency. She’s a musician just like Rob. The more I think of it, I really like that pair. Kristen would hate it because Taylor would gush to everyone and anyone about their one of a kind love. Perfect choice!

Taylor’s the perfect type of star too. Robert CANNOT downgrade. That’s why Jennifer Lawrence was an inspired choice too. If she ever ditches Nicholas Hoult, she would be a catch. She’s just as in demand as Kristen and is critically better accepted. She would drive Kristen crazy! But I don’t imagine that working as well as Taylor. I can’t see Jennifer keeping a straight face during one of Rob’s lamenting ballads and Rob needs someone who buys into his suffering artist shtick just as much as he does.

But how long must we wait?! With all these choices, Rob needs to strike while the iron is hot! Isn’t the rule of thumb that you aren’t really over a person until you’ve been apart more than half the time you’e been together or should I stop remembering advice I got in high school? So that gives Rob a year and a half to sulk. NO! He can’t hold out that long. By that time he might not be as hot or on everybody’s radar. Too bad Carey Mulligan’s taken she would have been spot on. What about Emma Watson? Or maybe Mia Wasikowska? She’s be good too! She’s considered the next Cate Blanchett and has got that shy “I want to be an actress, not a celebrity” quality to her. Yes, if Taylor’s still stalking Conor when Rob’s ready, he should really try for Mia.

Who would you like to see Robert Pattinson move on with? Will his next hook up be for revenge or is Rob not that type of guy?