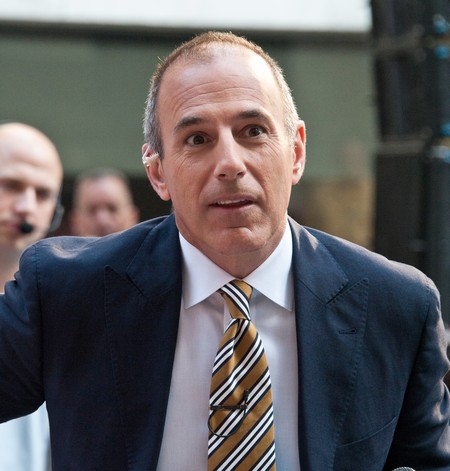 Matt Lauer’s wife, Annette Roque, will be traveling to the London Olympics with their three children, in order to keep a close watch on Matt when he spends his time reporting on the upcoming games. After all the noise about Matt’s affair with Natalie Morales who can blame Annette?

A source close to the situation told RadarOnline.com: “Annette and the kids will all be going to the Olympics so she can keep very close tabs on Matt. Matt and his family will be staying at a different hotel than the rest of the cast and crew. Annette generally doesn’t like to accompany Matt when he travels for work, but it’s the Olympics and the kids are very excited.”

“It’s hard to travel with three kids and Annette enjoys spending the summer at their Hamptons mansion where they live full-time now but Annette has made it very clear the whole family will be heading to London. Annette has made no bones about the fact she will be keeping close tabs on Matt.“

Ann Curry took over from Meredith Vieira on NBC’s very popular TODAY show, but was given her marching orders recently when the show’s ratings took a nosedive.  Roque is allegedly not very happy with the firing of Ann as she fears the replacement will be Natalie Morales. Matt was accused of having an affair with Natalie and he is also allegedly the father of one of her children, so we don’t blame Roque!

Matt Lauer’s wife also recently told him that if Natalie gets the job, she’s divorcing him. A source close to the couple said, “When she heard about Ann getting the boot, the first thing she told Matt was that she didn’t want him cozying up any closer to Natalie.”

It seems that the couple will have a “royal” time at the Olympics and maybe they could use this time in London to patch up their dirty laundry.

What do you think readers? Will Annette give Matt the boot when Natalie Morales is appointed as the replacement to Ann? Let us know in the comments below.