Most Hated Woman In America Casey Anthony Cries To Piers Morgan: ‘I Didn’t Kill My Daughter!’ 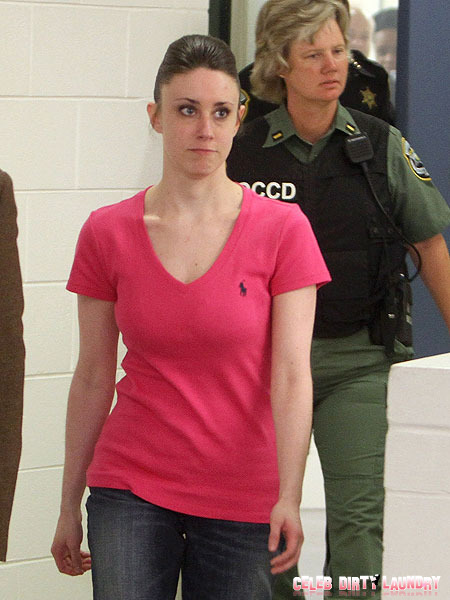 In a recent interview with Piers Morgan, Casey Anthony, the most hated woman in America, said that she didn’t kill her daughter. The two discussed everything from drugs to sex to the trial, and she ultimately admits that she’s ashamed of who she was.

Ashamed of who she was — we think she should feel ashamed of who she is. There should be no past tense here. Casey Anthony is by far one of the most hated women in the nation for one very good reason: she committed a horrible crime and got away with it. But she continues to toot her “I’m innocent” horn.

“Obviously I didn’t kill my daughter,” Anthony told Morgan during their ten-minute phone interview, which aired late Tuesday night on the CNN broadcast. “If anything, there’s nothing in this world I’ve ever been more proud of, and there’s no one I loved more than my daughter. She’s my greatest accomplishment.”

Casey, who was ultimately cleared of murder after the death of Caylee was deemed an accidental drowning, has been made a pariah by the media. A great deal of debate continues to surround the trial, which, rightly so, received an incredible amount of national news coverage. On the talk show, Casey tried to dispell the preconceived notions people have of her and fervently attempted to debunk the rumors media outlets have crafted around her image.

“I’m ashamed in many ways of the person that I was,” she said. “Even then, that wasn’t who I am [. . .] I’m 26 now, and I’ve gone through hell [. . . .] I’ve had only a handful of beers since I’ve been on probation [. . . .] I’m not making gazillions of dollars at the hands of other people, or trying to sell myself to anyone willing to throw a couple of dollars at me,” Anthony said. “The caricature of me that is out there, it couldn’t be further from the truth.”

What do you make of Anthony’s answers? The law is a funny system, and sometimes Justice has a peculiar way of presenting herself in our world. Ultimately you have to ask yourself this question: Do you believe Casey Anthony’s stories?