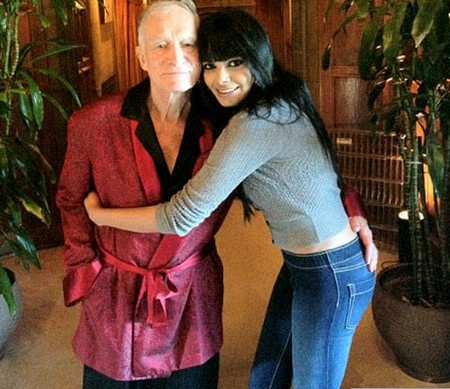 What work is consuming Bollywood star Sherlyn Chopra? Nude Playboy photos, that’s what! We just got news today that the first Indian woman to pose nude for Playboy is Miss Chopra, a Bollywood beauty whom Playboy magazine refers to as a “Bollywood Goddess”. And trust, she is gorgeous.

So why did Sherlyn decide to pose nude? Playboy wanted her, that’s why! And well, according to The Sun, all the 28-year-old actress had to do was ask and she did receive. Yes it was as simple as that! Apparently she had been thinking about posing for quite some time and finally just asked Hef.

What do we know about the photo shoot? Even though Chopra knew that she would be branded in her country of India, she went ahead with her decision anyways. In case you didn’t know Playboy is banned in India, so you can about imagine the backlash she is receiving for this daring decision. Peeling off clothes and posing for the magazine takes a lot of guts in the first place but add to the fact that you are from a country where taking naked photos for a magazine is considered “repulsive”, that really takes some nerves.

As for the negative publicity, Sherlyn isn’t letting it get to her and she isn’t afraid to admit that Playboy founder Hugh Hefner could be the person who she refers to as her idol. She said, “I am thinking of making him my idol because he lives his life on his terms and conditions.”

Sherlyn Chopra will appear on the Playboy cover and be featured in a nude photo spread in November of 2012. Stay tuned peeps! You can follow Sherlyn on Twitter here.