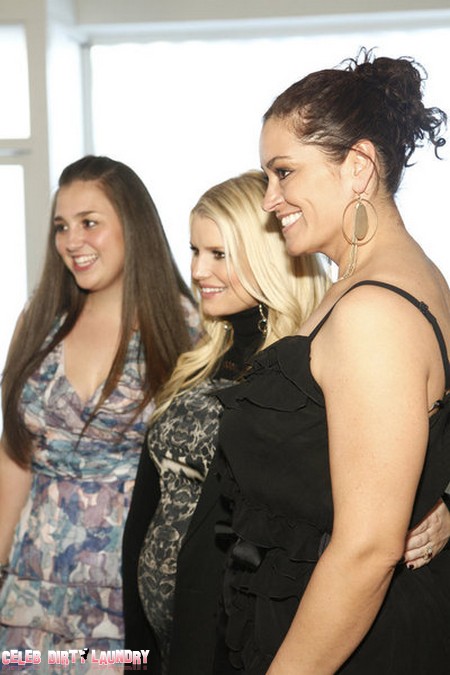 A new episode of The Biggest Loser airs tonight on NBC.  We are now at 11th episode of the 13th season and the contestants will no longer be competing in teams it will be an individual competition as of tonight.  On last week’s episode they switched the trainers around and the contestants were really upset.   Several of them spent most of the episode complaining.  At the weight-in Cassandra only lost 3 lbs. and she was sent home.   She was distraught at being home and told the other contestants she was afraid to continue her journey at home and was afraid to become that girl again and gain it all back.  If you missed the last episode you can read our full recap here!

On tonight’s episode the game goes to singles for the nine remaining contestants, so everyone returns to their original team colors. Their first challenge as individuals is a tug-of-war competition on the ice with a Yankee Swap prize system that will give one lucky contestant a shopping spree with singer, actress and fashion designer Jessica Simpson!

One trainer helps a contestant tackle her fear of heights, and then the tables are turned when one contestant tries coaching their trainer. Later, a tough elimination sends another player packing. Alison Sweeney hosts the series, and trainers Bob Harper and Dolvett Quince also star.

While you wait for the recap, check out a sneak peek video of tonight’s show HERE!

Tonight’s Recap:  The contestants learn that they are now individuals and no longer in teams.  The theme this week is ‘I don’t Believe in Myself.’ Tonight’s first competition sees the contestants tied together in a tug of war on ice and they need to grab a rope to get to the side and press a button.  Jeremy wins the first round with a little help from his sister Conda.

In the second round Mark decides to help Megan and she comes in second.  Kim is not happy she is pissed off.  Mark says he helped Megan so he can get a break he is tired.

Round 3 – Chris decides to help Mark and Mark gets third place.  Round 4 – Conda wins and gets forth place.  Round 5 – Chris  Round 6 – Kim  Round 7 – it is left to Kimmie and Emily and Kimmie is putting up a good fight.  Kimmie wins the 7 round.

The contestants now pick their prizes the last place person Emily picks her prize first – remember it is a Yankee Swap so contestants will be allowed to swap prizes. Buddy steps up to pick up his prize – he wins a Biggest Loser baseball hat.  Emily wins a phone for the day, Kimmie wins an autographed photo of Alison.  Kim wins a deluxe box of chocolates.  Chris gets a 1 lb advantage.  Conda picks a $1 bill.  Conda decides to swap her $1 for Chris 1 lbs advantage.  Mark gets an extra vote in the elimination.  Megan wins a goldfish.  Megan decides to trade Conda the goldfish fish for the 1 lbs advantage.  Jeremy gets a shopping trip with a celebrity and he gets to bring a friend.  Jeremy decides to give Conda his prize and take her goldfish.  Ahhh what a nice brother.

The trainers are working out the contestants and now that there is a yellow line the contestants are responsible for their own performance.  Now that it is singles they really have to step it up.  Bob is worried about Emily and decides to give her some tough love.  He knows she has to step it up quick.  Bob thinks that it is imperative that Emily gets on the same page as him.  Bob feels that Emily does not believe in herself.  Bob says he sees greatness in Emily and tells her she has not time to waste.  She has to start believing in herself.  Bob knows there is an athlete in her.

Bob gets Emily to help train him in Olympic power lifting.  So a reversal of roles for them.  Bob thinks she is a great coach.

Conda is getting ready she is about to go on a shopping trip with a celebrity and she chose Kim to go with her.  They are going to have some girl time together.  Conda and Kim walk into a showroom and see Jessica Simpson.   Jessica is promoting her new show Fashion Star.   She tells Kim and Conda they can take whatever they see today that they like.  The girls are very excited.  Jessica tells them to take anything they want and they will have a fashion show.  Kim is excited she is wearing a size 10 and she is happy she is getting back to wear she use to.  Conda is thrilled she is wearing  skinny jeans.

Jessica tells the ladies she gets a year supply of Beauty Mint.  Jessica gives them a last gift a  butterfly necklace.  Jessica encourages them to keep going and she is happy to have been part of their journey.

The contestants get back in from a workout and Rachel is there to introduce her to Progresso Light soups.  There are 40 flavors of them and they are all under 100 calories.  Obviously a new sponsor for the show.

Dolvett takes Kimmie to a indoor climbing wall.  He knows that Kimmie is afraid of heights and he wants to help her beat her fear.  Kimmie make it to the top of the wall.

Below the yellow line this week is Emily and Kimmie.  They are both up for elimination.  Conda takes Emily aside and tells her to calm down and speak from her heart.  Megan is super stressed her mother Kimmie will be leaving.

Mark has 2 votes tonight and he votes for Emily

Emily gets 5 votes so she is eliminated.  She tells Alison she is going to make her life revolve around exercise.