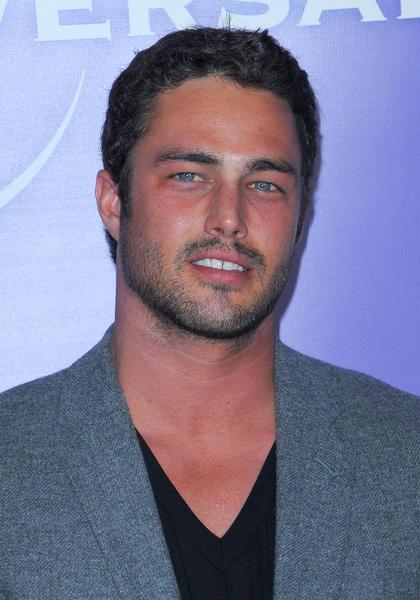 When The Vampire Diaries actor Taylor Kinney met Lady Gaga while filming her “You and I” video, she was dressed as a mermaid, gills and all. That grotesque look didn’t seem to deter the hunky actor from falling for the avant-garde singer. But rumour has it that after six months of dating the whacky pop star, 30-year-old Kinney is getting sick and tired of Gaga’s over the top antics and is begging her to “drop the act.”

A source close to the couple told InTouch Weekly that “Gaga started living and breathing her character 24/7 because she felt her fans wanted that” but it is starting to frustrate her boyfriend because he loves her for more that her famous persona. “Taylor has convinced her that he loves the real Stefani,” the magazine’s source said. The pair is rumoured to be getting pretty serious and is even talking about moving in together, but Gaga’s inability to act herself out of costume may be a barrier to their progress.

Apparently, Mother Monster is listening to her beau and may be willing to go back to being Stefani Germanotta during her down time. Gaga has reportedly told friends that she is ready to act “more human” for Kinney. No word on what that entails, but I’m thinking it doesn’t involve 8-inch heels and studded PVC—not that there’s anything wrong with that.

Gaga may be working on her “normal” skills by getting back in the kitchen. MTV is reporting that Gaga’s father Joe Germanotta and famous chef Art Smith—who helped make Oprah’s fat as her personal chef—have opened a restaurant in NYC with Gaga’s help.

The Southern Italian restaurant is named “Joanne Trattoria” after Gaga’s aunt, who died as a teenager and who Gaga shares her middle name with. The “Born This Way” singer has been outspoken in interviews about her late aunt’s impact on her lifestyle choices. “I thought I was gonna die,” the 25-year-old singer told MTV.“I wanted to be the artists I loved, like Mick Jagger and Andy Warhol — and I thought the only way to do it was to live the lifestyle. But then I realized my father’s sister Joanne, who’d died at 19, had instilled her spirit in me. She was a painter and a poet — and I had a spiritual vision I had to finish her business.”

The restaurant features no Lady Gaga memorabilia but the singer has been lending a hand in the kitchen. Her father told the press, “She’s left handed and every time I watch her chop, it makes me cringe.”