Angelina Jolie Addicted To Painkillers – Back On Drugs After Double Mastecomy? (PHOTOS) 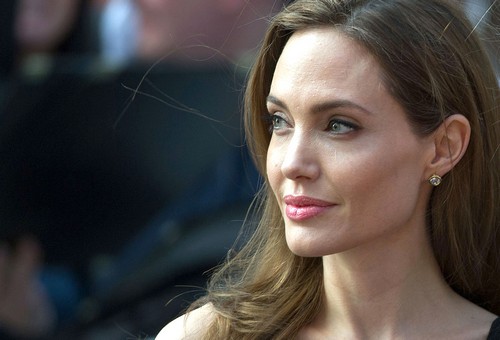 Is Angelina Jolie back on drugs? Before she had her children and before she met Brad Pitt, Angelina Jolie was the poster child for wild partying and crazy antics. She has been open about being addicted to narcotics in that period of her life, and of course, she did a lot of weird shit like wear vials of her boyfriend’s blood around her neck – although I’m not sure if that wasn’t just the influence of the drugs she was under.

Anyway, Jolie recently got a double mastectomy, as most people know, and she was reportedly on a lot of painkillers after the surgery. It’s understandable and normal considering that recovering from such an important surgery takes time and is not an easy process to go through, and painkillers are pretty much necessary unless you have a ridiculously high tolerance for pain. Either way, Jolie was on a lot of narcotic pain killers over the extensive pre and post-surgical routines.

Now the question is, has this led to Jolie getting addicted to narcotics again? Usually, it wouldn’t be a problem, but Angelina Jolie has a long and sordid history with her addiction to heroin and other drugs. When there’s a propensity there to get addicted and it’s happened in the past, there is a greater possibility of it happening again in the future.

She could have easily developed a habit, and yes, ‘painkillers’ are a bit better than heroin, but narcotics are narcotics. Angie’s been very disciplined for a very, very long time, and you have to wonder whether this didn’t test her commitment just a little. I mean, it’s happened to better people than Angie, so what are the possibilities of it happening to her?

Regardless, even if she is addicted to narcotics again, I don’t think this situation will be like it was for her during her Billy Bob Thornton days. For one, she has a loving and caring husband and many children, all of whom will notice if she starts becoming an addict. If she needs help, she’ll get it. If she doesn’t – well then this is all a moot point anyway.

Do you think that Angelina Jolie is addicted to drugs? Does she have that wild look in her eyes again? Let us know what you think in the comments.