Derek Hough Injures His Back — Is he out of Dancing with the Stars for Good? (PHOTO) 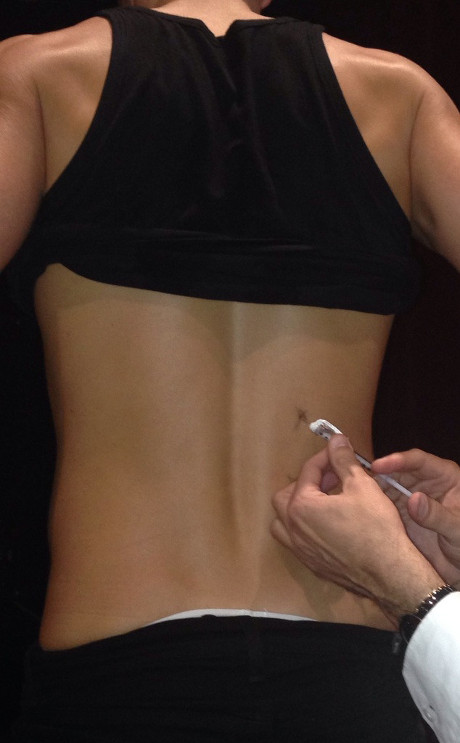 Derek Hough is falling apart and his injury continues to take a toll on his dancing ability, this time rendering him (potentially) unable to perform and forcing him to call in a back up dancer for his partner, Amber Riley. While nothing is set in stone as of yet, it appears as if Derek Hough will forego tonight’s performances, but after getting what looks to be a cortisone shot, who knows. Maybe we’ll see him dancing alongside his merry little partner after all.

A source reveals to E! Online, “His back is hurt. He’s getting treatments now. He’s not doing dress rehearsal.” If DH is unable to perform, Henry Byalikov will step in for him. The source also reveals that this is a recurring injury; he originally got the injury when performing with Shawn Johnson and it wasn’t until his recent stint with Amber that the injury returned.

“[Hough’s] back is severely injured – he had a pre-existing injury,” the source explains to Us. “He hurt his back dancing with Shawn Johnson [during Season 15 in late 2012], and he re-injured it dancing with Amber. He is determined to push through but not sure he’ll be able to.”

He posted the above photo to his Twitter account alongside this caption: “This is happening … Ouch!” Feel better, Derek! Do you think Derek’s Dancing with the Stars days are coming to a close?