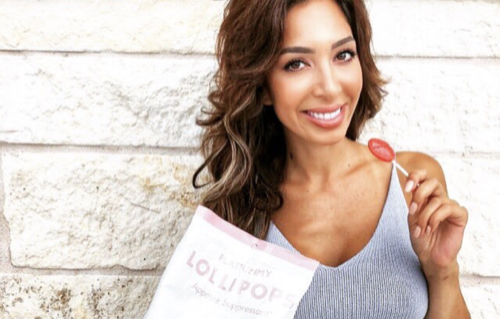 In the last month, Teen Mom’s Farrah Abraham really has proven what a whack job she is. Instead of realizing that her image was already a bit, well, less than positive and opting to make some better choices for herself and her daughter, she has decided to lay at rock bottom. She decided to HIRE  James Deen to film, Backdoor Teen Mom, with her that she could try to pass off as stolen but that whole fiasco blew up in her face, mainly because James wasn’t lying for her.

If you’ve visited James’ blog then you already know all about him. He refers to himself as a panda, loves his cat. He seems nice enough, knows what he is and refuses to deny it. That is almost respectable, kinda.

Farrah is simply the person that the whole world knows hired him. She also got paid just under 7 figures by Vivid entertainment for the footage and while she claims to be proud of herself, her actions tell otherwise. Instead of letting it go she has turned her 15 minutes of renewed fame into a full month by still talking smack about everyone.

The most delusional thing that I’ve ever seen Farrah say is this quote in the May 27th print edition of US Weekly,

Seriously, Farrah? There is nothing about this man that claims to want to date ANY woman! He enjoys being everybody’s best playdate! The nut job also swings back at fellow Teen Mom star Catelynn Lowell for making fun of Farrah’s sex tape. Apparently, Farrah doesn’t appreciate being made fun of while trying to be a “good example”!

Let’s see, in the last year, Farrah has been a walking example of what plastic surgery can do to your body, how to talk about being in a deep depression while not changing her life to fix it and how to drink, drive and get a DUI. That was all before Farrah showed any girl with $5 bucks and an internet connection how to bang on camera!

If she actually was a good example even James Deen might respect her! In the meantime, Farrah continues her reign as the most screwed up and delusional Teen Mom, so far- don’t you agree? Tell us your thoughts in the comments below!