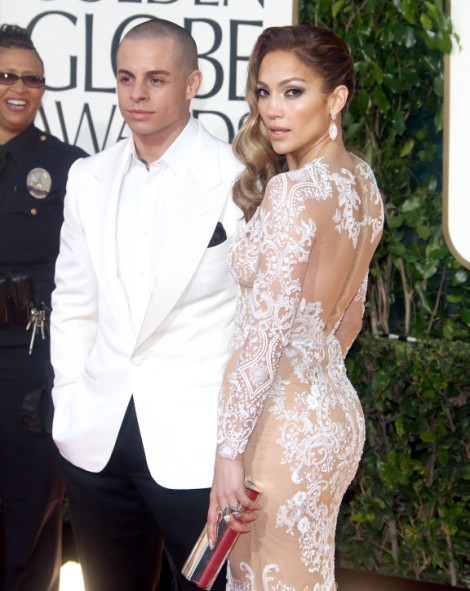 Jennifer Lopez may no longer be on American Idol, but that doesn’t mean she can send some good ol’ advice to new judge Nicki Minaj on how to irritate an enemy… Mariah Carey. The National Enquirer claims that J-Lo has been talking to the rapper on the phone quite frequently and when Mariah found out, she was absolutely livid over the fact that Lopez has been stabbing her in the back. Were these two bitches ever friends? According to sources, oh hell to the yes.

The tabloid newspaper reveals how Jen, who quit the show last year, has been trying to make Nicki look like the better judge by giving her tips on how she can come across as “the innocent person” on the panel. I mean, it clearly worked in last week’s episode when we found out how that argument from September really went down — Mariah and the Randy Jackson were making fun of Minaj due to her lack of experience in the industry. In other words, they were telling her ‘shut your mouth, who are you? You shouldn’t even be here’.

When Nicki stormed off, she called Jen to ask her what she should do; note that at this time, Minaj was still very new to the job and didn’t know how to deal with diva-behavior. National Enquirer reports Lopez has been mentoring Nicki in some sort of way to come across as more likeable than Mariah: “J.Lo is secretly giving career advice to Mariah’s bitter enemy, fellow ‘Idol’ judge Nicki Minaj, in an attempt to have the flamboyant rapper outshine Mariah on the panel.”

Carey was furious when she found out about this through her personal assistant — it only gave her more reason to start drama on the show, the source added: “Mariah hit the roof when she heard Jennifer called Nicki and offered to help her become the most popular ‘American Idol’ judge. Jennifer is instructing Nicki on everything, from how to treat contestants to what to wear.”

J-Lo… you should have never left ‘Idol, because you can’t act and that movie you are starring in that we can’t remember the name of is going to flop. Nicki… sort your ass out and Mariah… why are you getting angry over something so stupid? Clearly that 90’s rehab treatment you had for your mental illness is still somewhere inside you because you don’t seem to realize that these trifling wannabes are after your spot.