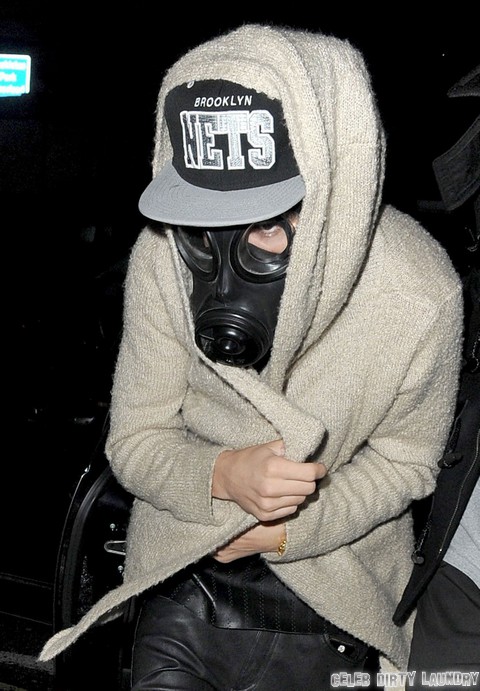 Do you remember the moment Michael Jackson crossed the Insanity River? Are you able to exactly pinpoint the moment he became as bizarre as David Lynch on Speed? Most of you will say, “No, because Michael Jackson was never insane. He is the man in my mirror.” Some of you, those with stable, rational, logical minds will buy us a Starbucks and laugh and laugh and laugh. There wasn’t a specific moment Michael Jackson lost his mind. It wasn’t as if the world woke up one day and said, “Oh yeah, by the way, MJ became insane last night after listening to LeAnn Rimes’ entire album collection.”

This same method to our society’s madness applies to Justin Bieber. He is the biggest pop star in recent human history. In fact, Bieber is so incomprehensibly massive that he obscures every single musician in the music industry. Regrettably, this egotistical combination of fame and fortune drives people insane – we use Britney Spears as our prime example. So, when Bieber arrived two hours late to his event in the UK this week, people mistook tardiness for insanity. Why, though? Why would “normal”, God fearing folks perceive Bieber as an insane person? Well, let’s break it down for you, shall we?

Bieber arrived at his hotel last night wearing a gas mask. Yes, we are able to peer into the Avant-garde nature of this bizarre “fashion statement”, but who – except for paranoid Anthrax haters – would wear such a thing when out and about? We could still excuse the eccentricity of the situation, but after Bieber’s antagonistic and theistic rant on Twitter yesterday, we are, for the first time, questioning Bieber’s sanity.

In this now infamous Twitter rant, Bieber wrote, “I’m focused on the good things in life. I’m blessed and not forgetting it. I’m giving back every day for it. Can’t phase (sic) me. I’m a good person. I know that. You can’t tell me different. We know the truth. As long as my family, friends and fans r with me u can say whatever. We are all equal in God’s eyes and we have a responsibility to each other.”

He concluded, “I understand it is part of the job to be judged…but judge me on the facts, judge me on the music, and be careful of the judgement u pass. But know this…I’m only judged by one power, and I serve him. So yeah I will continue being me. i will continue to serve, to perform, to care, to love, to smile, to dance, to play, to sing.“

Thank you, Justin, for those pearly words of wisdom. We know your pseudo-intellectual social conscience inspires the droolers and the cardboard eaters among us, but don’t think for one second that your sensationally paranoid personality will be overseen.

The man in the mirror is smiling at you. He approves.