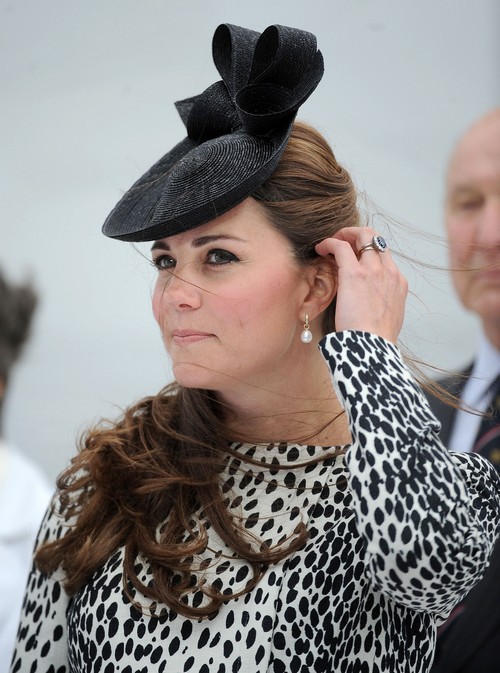 We are now mere days away from Kate Middleton going into labor. This is almost more exciting than the royal wedding, which was already madness. Press have already begun to set up camp outside of St. Mary’s hospital in Paddington, and Prince William has his helicopter on standby for an emergency transport from Wales to the hospital.

According to reports, the hospital will be making an official press announcement when Kate goes into labor. They probably don’t have any other choice with the amount of press camped outside, but either way, we’ll know for sure when it’s happening. I imagine the hospital probably thought of the alternative, and decided it was better for everyone to find out at once when the Duchess was actually in labor to prevent false reports.

Kate is currently at her mother’s, and there are many rumors that the Middletons will find out the sex of the baby before the Queen does. In this day and age, you’d think that doesn’t matter, but you should never underestimate the tension between these two families.

Are you guys excited about the royal birth? Do you care, or are you just reading up on it for hilarity’s sake? I can guarantee that the Internet will be a mess when it finally does happen. Let us know your thoughts in the comments.