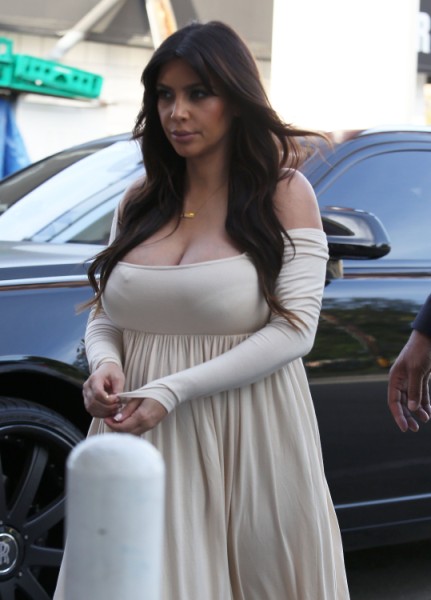 According to TMZ, Kim Kardashian has just won a ‘major legal battle’ by blocking Kris Humphries’ access to her personal emails. Kim’s lawyer objected to Kris’ request to see some of Kim’s emails on closed accounts. What makes it even worse for Kris is that the judge denied the motion to hear the request to see the emails today, and the actual hearing is scheduled for May 2nd. So say on May 2nd that the judge actually orders Kim to turn over the emails – she has ten days to do so, but the trial’s on May 6th so there’s no way Kris is getting his hands on those emails in time.

Basically, Kim is trying to back Kris into a corner. There’s no way he’s getting his hands on those emails, even though they are probably the key to his winning the case. The evidence of Kim’s cheating and lying is definitely in those emails, and there’s a high possibility that she and Kanye West were probably hooking up when she was married to Kris. So of course Kim wouldn’t want to hand over the emails, and by maneuvering Kris into such a tight spot with the legal proceedings, she’s all but won the case.

It’s really all coming down to the fact that Kim has a better lawyer than Kris – which sucks for Kris, because he’s in the right here. Who actually believes that the marriage was real? Sure, there is evidence to point out that Kris knew it was fake, but who can blame the guy for wanting to get an annulment instead of a divorce? Of course, Kim doesn’t care about getting a divorce, she already has plenty. She can start a frame collection of all of her divorce papers if she wants to. But because of her lies, Kris has to suffer for the rest of his life. I would almost feel sorry for him, but then I realize that he married Kim Kardashian of his own free will. You can’t really feel sorry for anyone who chooses to do that with their life and then complains about it after.