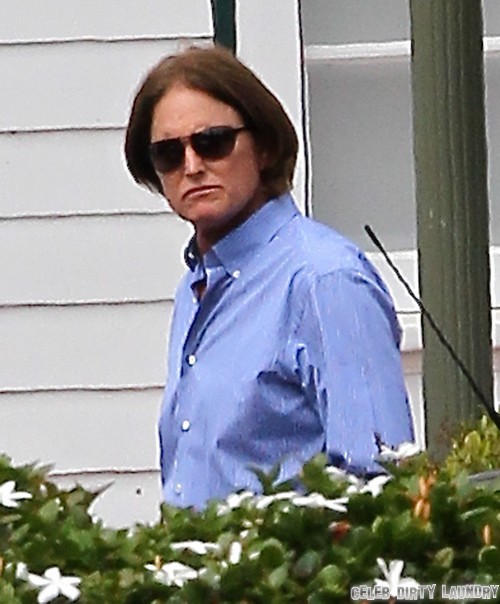 When Bruce Jenner finally decided to take a huge step towards reclaiming himself no one other than Kris Jenner seemed to be surprised. After years of incessant berating and bitching at her husband, Kris thought is was no big deal to give him a little man cave to spend time at, little did she realize that it was simply Bruce’s first step in gaining control over his life again. Now, months after that move Bruce admits that he gave his wife way too much control right from the start and then never had the gumption to grab it back – until now.

He sees the way that Kris has raised Kim, Kourtney and Khloe Kardashian as  clear cut proof that her own bad examples have lead her kids to make the same bad decisions in their adult lives. The family is reeling in constant drama and Kris seems to almost thrive on it! As long as there is scandal then there is something to fill those 60 minute reality television blocks on E!

If you caught the very end of Keeping Up with the Kardashian’s last night you saw most of the family side with Bruce when he decided to stand up for himself and start playing hardball with Kris. She seems to really believe that Bruce paints her as a terrible person when his descriptions are pretty dead on the money. She actually complained because his kids and her kids always agree with him and that could actually serve as a wake up call but Kris could care less and as a result, Bruce feels the same way.

Since moving out Bruce has spent major time with his older sons Brandon and Brody Jenner and has carved out a life for himself very separate from Kris and her drama. Being strong has meant choosing to get off the merry go round, now how long will it be until he files for divorce? Tell us your thoughts in the comments below!