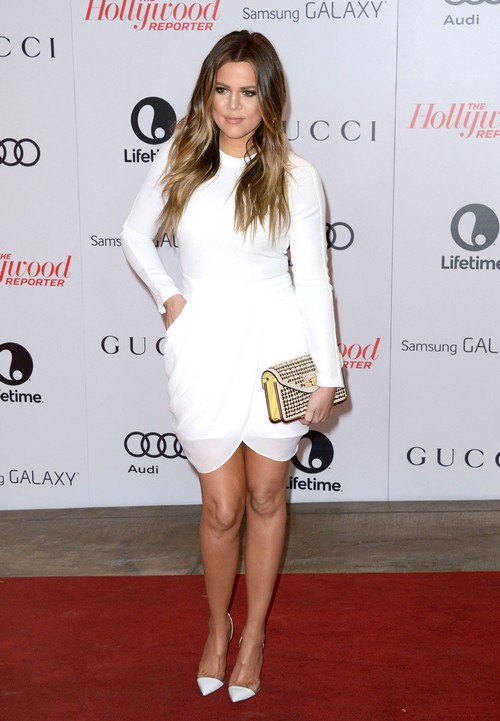 Kris Jenner is not exactly knew to pimping out her children for money, fame, and attention, and she’s proved time and time again that she’s very skilled at it. And now, after a brief hiatus, she’s back to doing what she does best. According to a report from Hollywood Life, Kris is already planning a Khloe Kardashian reality show spin-off, capitalizing on all the attention that Khloe’s garnered from the Lamar Odom breakup and divorce.

A source tells Hollywood Life, “Kris is going to turn Khloe’s marital misfortunes into a huge profit. She wants to produce a reality based on Khloe’s new life as a single woman searching for love. She thinks it’s a fantastic idea and wants to start taping as soon as possible to capture all of Khloe’s raw emotions.” Apparently, the name of the show could be ‘Single and Searching For Love‘, because they apparently want to be incredibly cheesy and trite.

I mean, can you believe this? It’s not even been days since Khloe’s divorce to Lamar has been announced, and they’re already planning a reality show based on her love life? And what mother would be thinking of publicity and money when her daughter’s going through this kind of heartbreak? Well, Kris Jenner, that’s who. The fact that she would want to move on this as quickly as possible because she wants to ‘capture Khloe’s raw emotions‘ says all we need to know about her twisted mindset, and why her children ended up the way they did.

What do you guys think of Kris planning a reality show based on Khloe? Do you think Khloe would agree to do it, even if she was pitched the idea? Man, when it comes to the Kardashians, nothing would be surprising anymore. Let us know your thoughts in the comments.