Khloe Kardashian To Witness In New OJ Simpson Case – What Will She Say About Her Alleged Father? 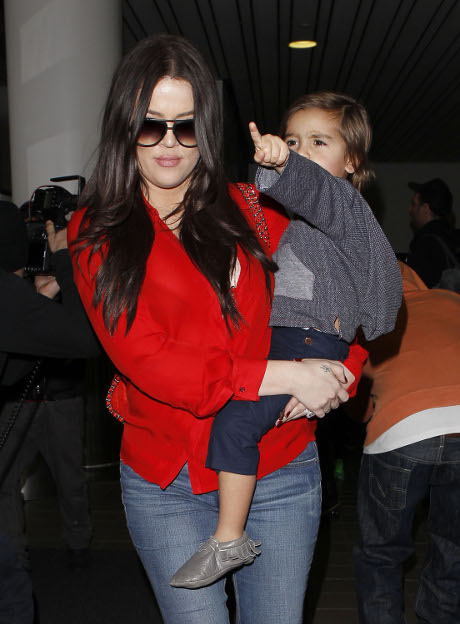 It doesn’t matter if Kim Kardashian is finally with child—there will always be some Khloe Kardashian paternity gossip to chew on, and it’s guaranteed to be way more interesting than any birthing class Kim could take! It’s long been rumored that Khloe is not a real Kardashian, and that she is the product of a steamy affair between O.J. Simpson and Kris Jenner. She’s publicly refused paternity tests, but a new source claims that she’s bonded with her real dad through letters and a third party, and is seeking to testify as a character witness in his upcoming trial.

O.J. is currently serving a 33 year sentence for a 2007 armed robbery and kidnapping conviction that happened in a hotel in Las Vegas. A source reported the news to National Enquirer, print edition January 14, 2013. O.J reached out to Khloe, who “was skeptical and at first laughed it off and denied it on her TV show. But after several months of indirect contact, including letters O.J. wrote to Khloe, she began to develop a kinship with him.” The bond is such that Khloe now feels compelled to testify about his 2007 conviction, aiming to free him from prison 26 years early!

So what is there to talk about with the man who has all-but confessed to brutally killing your mom’s best friend? His kids! The source reports that “O.J. told Khloe he had no idea that the men that he met at the hotel bar were armed and also that he believed the memorabilia dealers had some photographs of his kids he wanted back. Khloe was moved.” So moved, in fact, that “Khloe is even going to write a letter to the judge, explaining why he deserves another trial and revealing the reason why he stormed into that Vegas hotel room.”

For those of you who are skeptical about Khloe having any solid information about the case, don’t worry. The job of a character witness is to offer an idea of the defendant’s character to the jury. If O.J. has won her over with needing a gun to take back pictures of his kids, that’s what she’ll say. Other than that, she has nothing to do with or say about the robbery! O.J.’s attorneys are “very close to making a great case that he should get a new trial.” They claim his former lawyer didn’t inform him of a plea bargain, which he would have accepted had he known.

The source suggests that Khloe’s testimony would be an emotional pivot point in the case, helping the judge to understand that O.J. isn’t a deranged killer who robs people—he’s just a guy who is constantly in the wrong place, at the wrong time, and with the wrong legal representation! I don’t see how anything Khloe says could hep, but O.J. seems confident. A source claims that Khloe is so eager to help because she thinks O.J. “got a bum deal.” Her mom Kris has encouraged her to “do what she felt was right.” Is this faux news whipped up by the tabloids, or could Khloe be a one woman vigilante for justice?