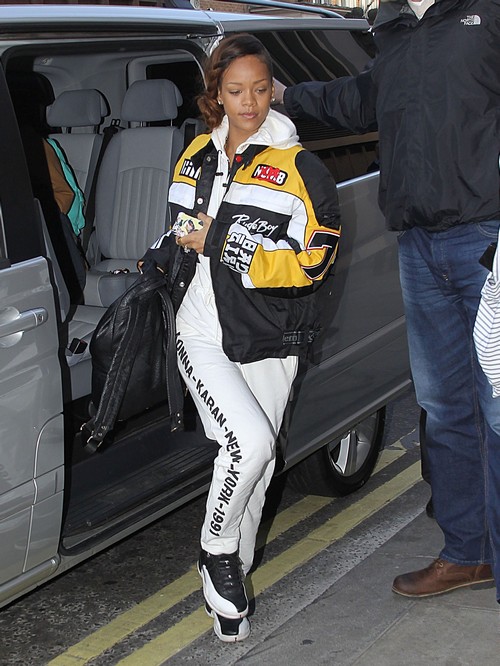 As long as Rihanna and Chris Brown’s controversial relationship continues the rumors will swirl. The singer has canceled two dates on her new Diamond’s World Tour and it’s leading to pregnancy speculation. According to her PR Rihanna is suffering from the flu and laryngitis and she very well may be. But this illness comes on the heels of Rihanna making it known that she would love to have Chris’ baby and expects to in the future.

Chris may claim to love her and says no one is better but that doesn’t mean that he has been faithful. There has been a constant barrage of rumors of him hooking up with his ex and random side chicks.  Perhaps Rihanna thinks a baby will reel Chris in and make him calm down and stay by her side. She wouldn’t be the first and it would obviously be a huge mistake on her part.  It could also be a spur of the moment decision which is something that we know Rihanna loves to make.

Would she decide to get pregnant with Chris’ baby on purpose?  Do you think that maybe the flu is actually a bout of early morning sickness? If she was pregnant do you think that Rihanna would be capable of taking care of herself and steering clear of all the booze and weed?  She loves to brag about about all of the less than legal stuff that she dabbles in and is clearly proud of her drug use. Can she clean up her act or would a trip to rehab be necessary for the starlet?  Will a pregnancy make Chris stay in line or is he going to be trouble for the long haul?  Tell us your thoughts in the comments below!