Sean Lowe Quits The Bachelor? – Find Out Why 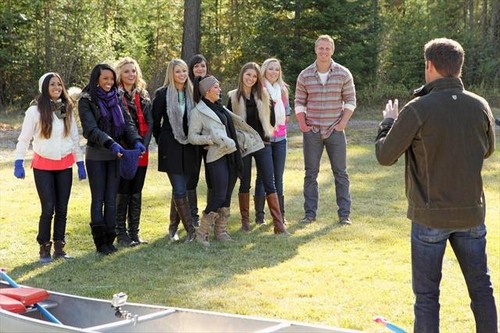 You know that nagging little voice in the back of your head that tells you when something is wrong? Well apparently the current The Bachelor on ABC’s hit show, Sean Lowe had one of those epic moments while filming in Montana. Instead of putting on a fake face for the cameras benefit, Sean realized he was surrounded by cattiness and after five weeks of filming he started to see through some of the ladies BS and realized that just because he was being honest, it didn’t mean that all of the women were too.

Sean tells the latest issue of Life & Style that he felt in a few situations like he was being played and fooled by some of the women and it was enough to make him contemplate pulling the plug and simply going home.  He eventually came to his senses, or ABC’s producers convinced him to stay and he’s now happy that he did. Sean says that he put his heart out there for a woman to steal and for a while it started looking like a bad idea and I’m so happy to see someone affiliated with this show have a moment where they question the validity of the whole project.

Let’s face it, the track record for lasting love resulting from The Bachelor is next to zilch so even if you believe that the process can work, the deck isn’t exactly stacked with any kind of proof. People are shady and don’t always do things for the most honest reasons and it’s actually nice to hear Sean echo that sentiment. Up until now everyone has simply supported the show and insisted that finding love is a distinct possibility.

Do you think that Sean will get engaged in Thailand in the final episode? Better yet, will he actually marry the woman he may have chosen? Tell us your thoughts in the comments below!