The Mob Wives Season 3: Renee Graziano Admits To Being An Addict – Not A Junkie 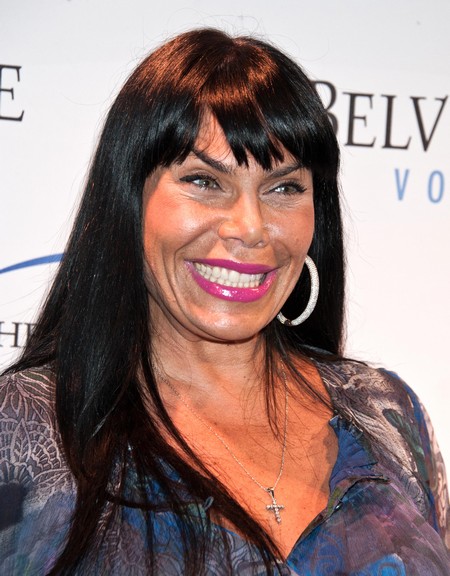 The Mob Wives are scary people. Honestly. We wouldn’t want to bump into them in a dark alleyway. Throughout their super popular reality television careers on VH1‘s Mob Wives, they’ve fought more than a gaggle of prostitutes at a “Free For All Man-Buffet”. And now, in the latest, 3rd season premiere, the fighting is once again starting up.

Renee Graziano and Carla Facciolo, two of the biggest enemies on the show, were once again at each other’s throats in the premiere episode of the new season. In the video, Carla refers to Renee as a “junkie”. After this, Renee, in all of her terrifying glory, responded, “You want to sit here and call me a junkie? You absolutely have no right to call me that. I’m an addict.” In a later insert, Renee admitted to her addiction and confessed that she became addicted to pills after a recent “surgical procedure”. The cause of this addiction is related to her ex-husband’s betrayal, “who turned FBI informant and helped her take down her father”.

Renee’s father, Anthony Graziano, is one of New York City’s most infamous mobsters. In February of 2002, Graziano was indicted in a New York court on charges of bookmarking, murder of a rival gangster, and conspiracy to commit murder. In 2003, Graziano was sentenced to 19 years in prison for all of the charges, but in August of 2011, he was released. However, only one year later, Graziano was once again indicted on racketeering and extortion charges and, according to a plea bargain, was sentenced to 19 months in prison in April of 2012.

Mob Wives has become one of VH1’s biggest hits, as it subtly delves into the lives of the women and the families involved in some of the biggest crimes in US history. The third season is sure to be filled with enough drama, scandal, and hysterics to last us the rest of the year, so don’t miss out on catching Mob Wives every Sunday at 8p.m EST on VH1.