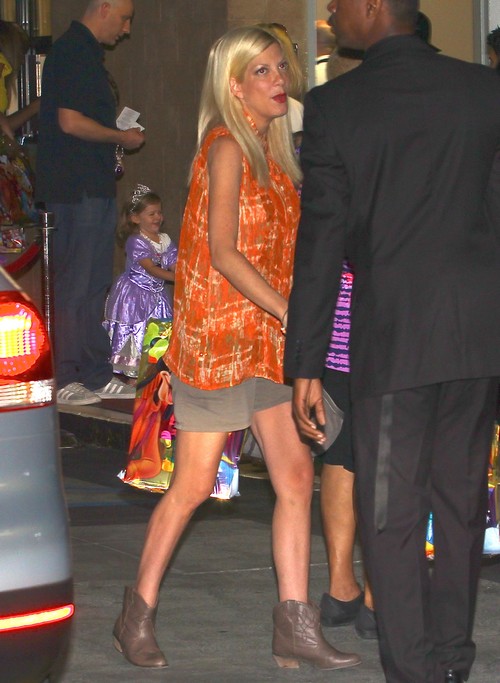 Tori Spelling‘s financial woes have been all over the news, and it looks like Tori’s willing to go to any lengths to earn her next paycheck. A bit tragic for a former TV star, but at least her hustle is admirable.

According to an exclusive report from Radar Online, producers of Dancing with the Stars had approached Tori, “to appear on the show in the past, but she has always declined because of other various projects Tori was working on.” Translation: she thought she was too good for the show and always made up some excuse for why she couldn’t accept.

Unfortunately, she’s not in the position to be so picky anymore, with the source adding, “Tori has now decided to make herself available and wants to appear on the upcoming season which is scheduled to begin in March 2014. The main reason Tori wants to go on is to rehab her image in the aftermath of the fallout from her book. She doesn’t want the public to think she goes around picking on Katie Holmes and Martha Stewart.”

Uh, if she doesn’t want the public to think she goes around picking on Katie Holmes and Martha Stewart, the solution is simple: stop picking on Katie Holmes and Martha Stewart. Also, her image didn’t really take much of a hit from that, considering that it was already at an all-time low before that. In fact, Tori’s image has been reduced to that of a D-list wannabe after her steady downward spiral into the world of reality television. Sure, Dancing with the Stars will help her gain a new fan base [depending on her skills], but it’s not going to help with a total image re-haul. But hey, if nothing else, at least she’ll earn a solid paycheck.