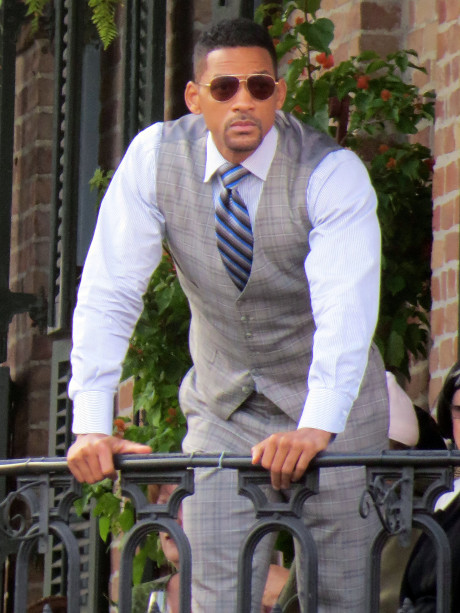 Will Smith and Jada Pinkett Smith have been under the are-you-a-Scientologist? microscope for years now, especially since they play so coy in delineating their affiliations with the church. While many people take their word for it, there are many others who just assume that Will Smith and his family are deeply rooted in the Church of Scientology, as many facets of their lives seem to promote the ideals valued by the organization. Now, someone close to the family has spoken out, giving full-blown confirmation that the Smith’s are practicing Scientologists (or at least quite partial to the org’s beliefs).

Jacqueline Olivier, an educator who was the principal of Will and Jada’s New Village Leadership Academy, has told cult expert Tony Ortega that she’s planning on writing a book about her experiences at their institution and how, basically, it was a breeding ground for Scientological ideals and perspectives. I mean, can we just take a second to ponder the name of their academy? Sounds sort of cult-y to me.

While Jacqueline was ultimately fired from the school for challenging the need for Scientology-based learnings, she hasn’t chosen to go off quietly into the night (as Scientology would much prefer her do). She’s speaking out, and she even has some dish on the Smiths. She says that, while both Jada and Will are into it, Jada definitely seems to be more involved in the CoS than Will, who merely “dabbles.”

She says that, when she first started out, she hired several non-Scientology teachers; however, despite the healthy mix, the diversity didn’t last long and, ultimately, Scientology began to take over.

“It could have been a great school, but they were so vigilant about the Scientology aspect of it,” Olivier says. “In a fourth grade class, they were reading a first-grade text because they were so worried about the kids running into a misunderstood word. If a couple of kids got into a scuffle at recess, it had to be the result of a misunderstood word. It was so dull. The teachers were so bogged down following these rules, but that’s what Will and Jada wanted.”

According to the Smiths, however, the school has no religious affiliations. What do you think about these recent developments in this ongoing ARE WILL AND JADA SCIENTOLOGISTS debate? Let us know your thoughts in the comments section below, and don’t be afraid to tell us your truthful opinions!