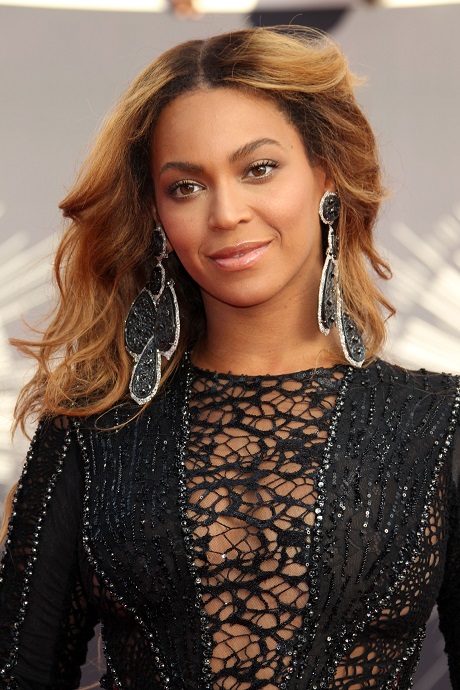 Kim Kardashian is one of those people that tends to hold grudges forever, and she’s proving just how vindictive she is with her latest feud against Beyonce. It’s been months since Kim’s wedding, and months since Beyonce’s and Jay-Z‘s snub, but that doesn’t mean that Kim will just let it go. She’s still bitter that Beyonce refuses to pay her any attention, even now. So what’s she doing? Well, she’s going around, leaking details about Beyonce’s divorce and ‘accidentally’ spilling the beans in interviews.

The National Enquirer also has a report on Kim’s feud with Beyonce, with a source explaining, “Kim blames Beyoncé for Jay Z skipping their wedding. Kanye considered Jay family, and the last minute decision for him to not come to their wedding was extremely selfish.” Plus, Beyonce apparently made Kim feel really ‘insecure’, and Kim is now gloating that her image is taking such a hit with the divorce rumors.

Seriously, how old is this women – 12? Kim’s acting like they’re all in high school, and Beyonce just mean-girled her at the prom. In a way, the music industry certainly does resemble high school, but these are all grown women who need to start acting their age.

First of all, there’s no way Beyonce would ever associate with Kim, considering her own place on the A-list and Kim’s place on the D-list. She’s got more pride than that, and Kim should have realized that. But, apparently, Kanye West‘s friendship with Jay-Z gave her a false sense of belonging, and she thought that Beyonce would welcome her with open arms. And since that didn’t happen, she’s now doing everything in her power to get back at Beyonce.