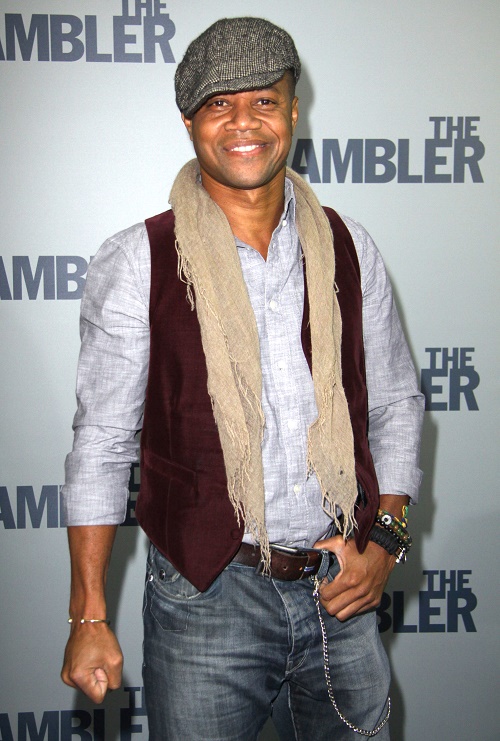 OJ Simpson is a criminal, a murderer, and a horrible person, to boot. So of course Hollywood is making a TV show about him, and really, I’m surprised it took them this long to do it. Whenever you make a movie about a real person and base it on the truth, you rarely need rights to that person’s life, unless you’re using a biography or autobiography. In this case, Ryan Murphy [the creator of Glee and American Horror Story] is reportedly [according to Naughty Rob] writing a new crime series called ‘American Crime Story’, and it will feature Cuba Gooding Jr. playing OJ Simpson.

This will allow Cuba Gooding Jr. the chance to flex his acting chops, which he hasn’t been able to do in a long time. After getting fired from Iron Man, his career has taken somewhat of a downward swing and he’s spent time working on other business endeavors instead of acting non-stop. However, more and more, actors that used to work exclusively in movies are now turning to television. The money in TV might not be as good as it is in movies, but it’s definitely worth it, considering the regular paycheck, the steady hours, and the creative fulfillment that comes from good writing. You know that Ryan Murphy writing about OJ Simpson in a gritty TV crime series is going to be excellent, and it will perhaps allow Cuba Gooding Jr. to revitalize his career and maybe even gain some awards buzz.

What do you guys think about Cuba Gooding Jr. playing OJ Simpson in a movie and/or TV show? Do you think someone else would fit the role better? Perhaps OJ himself, if he can get his act together and get parole – which has about a .001% chance of happening.