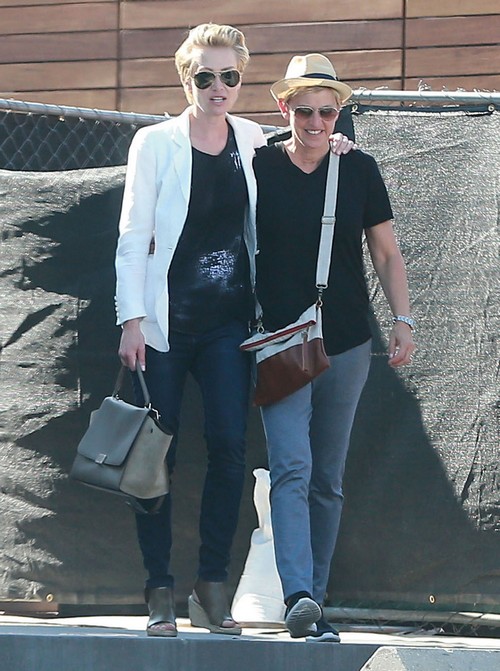 Are Ellen DeGeneres and Portia de Rossi ready to announce their divorce? In the wake of Nick Cannon and Mariah Carey, Gwyneth Paltrow and Chris Martin, and now Beyonce and Jay-Z, they shouldn’t have to think twice if they really want to separate. They can feel braver in knowing that all these people have already come before them, and honestly, would such a divorce really be that much of a surprise? Does ANY divorce in Hollywood come as a surprise?

Ellen and Portia don’t have kids, which is bound to make any ensuing divorce a much easier affair for both of them. It’s a luxury that none of the aforementioned couples had, where custody of their children took front and center in their divorce settlements. Ellen and Portia won’t have to deal with that, and as such, they don’t have to worry about having an amicable divorce for the sake of their kids.

Besides, what we’ve been hearing about cheating and fighting for the past few months doesn’t lend much confidence in their relationship lasting much longer. Portia’s health and sobriety is clearly still in fragile condition, and Ellen’s career is still going strong. Eventually, Ellen will have to make a sacrifice and choose between her wife and her career, and in Hollywood, that usually ends up leading to divorce.

We’ve also heard stories about Portia’s insecurity about Ellen cheating getting in the way of their marriage, which is bound to get worse as Ellen’s career continues to get better and more opportunities arise. As Portia recovers from her brief stint in rehab, will Ellen manage to look past the rough few months they’ve had and give their marriage another shot? Or will she call a spade a spade and end it?