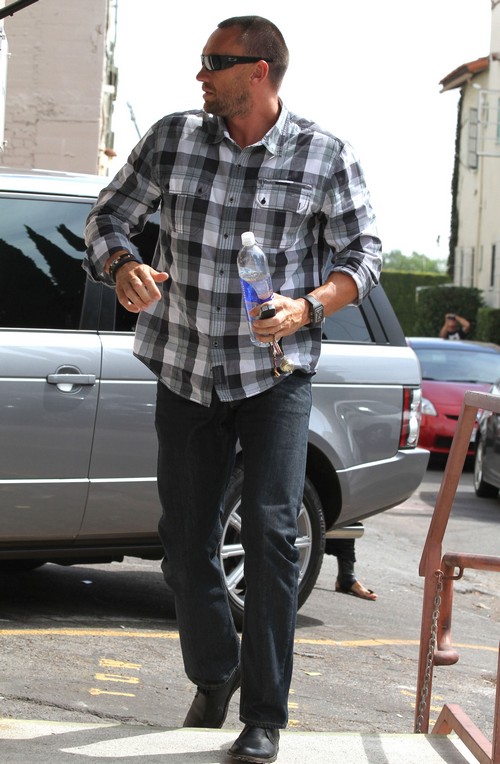 Jeez, what is going on with Ellen Degeneres and Portia De Rossi? Some part of me thinks they’re completely fine and that someone close to them is leaking all the divorce rumors to sabotage their marriage. If that’s the case, maybe Ellen and Portia should check their inner circle again?

Regardless, the latest rumor to come out of the situation is that Portia is having an affair with Martin Kirsten, Heidi Klum‘s ex-boyfriend and ex-bodyguard. Martin will supposedly be handling Portia’s and Ellen’s security at their LA mansion and their place in Santa Barbara, and since the news broke, the rumor mill has gone into overdrive. ‘Martin moves in!’ and ‘Martin seduces Portia’ both seem very popular, but if he’s living with both Portia and Ellen, how does this alleged affair even work?

Do they wait for Ellen to go to work and then have sex in the backyard? Do they pretend as though neither one of them exists whenever Ellen’s home? Far be it from being ridiculous, this sort of thing does happen in Hollywood all the time. Take Jude Law and the nanny incident, for example. Or even on-set affairs, where hundreds of gaffers and grips are able to bear witness to the cheating.

Anyway, the point of the matter is that if Portia and Martin were to have an affair, I guess it wouldn’t be that difficult to carry out. But since he dated his last employer, most people are assuming that it’s just a matter of time before he dates his next employer. Only they’re forgetting the fact that she’s gay and is in a committed relationship with Ellen – or is supposed to be, anyway.