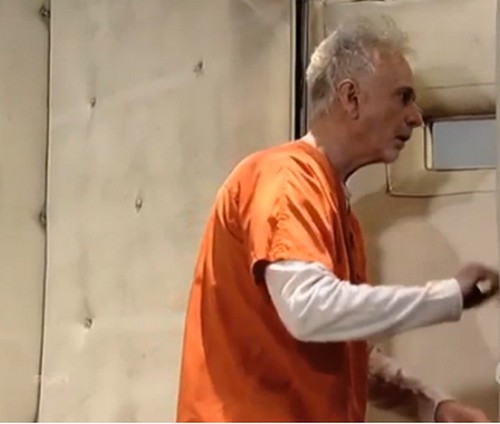 General Hospital spoilers have been teasing Anthony Geary’s return to the ABC soap during November 2014 for months now, but details on Luke Spencer or Fluke Spencer’s return date have been sparse. According to General Hospital’s coming and goings spoilers from TV Guide, Anthony Geary will make his big comeback during the week of November 17, rumors say on November 21. And, ABC has released an all new GH spoiler video of Luke’s big return.

General Hospital rumors have been hinting at Geary’s return for quite a while now, but the obvious question on everyone’s mind is, will he return as Luke Spencer or the evil mystery man known as “Fluke” that has been parading around Port Charles pretending to be Luke Spencer? Well, according to the all new General Hospital spoiler video, Geary’s first scenes will be as the real Luke Spencer – who is currently locked away and drugged at Miscavige.

The General Hospital spoiler video teases, “Locked away by a brutal imposter, this week real Luke is back with a vengeance.” The drugs have obviously worn off and Luke is back to his old self, in the promo he can be seen in the padded room at Miscavige ripping off his straight jacket and screaming, “I’m not done yet!” As the real Luke Spencer prepares to make his big escape from Miscavige – Fluke is waiting for him on the other side of the door.

So, it looks like the Fluke mystery might finally be winding down. GH fans have been speculating the identity of the imposter for almost ten months. Hopefully the reveal will be as big as the build up – because we are dying to know who Fluke is! Who do you think the imposter is running around Port Charles dressed as Luke Spencer? Will the real Luke be able to escape from Miscavige this week? Share your thoughts and theories in the comments below and don’t forget to check CDL tomorrow for more General Hospital spoilers and news.

Not the great enthusiasm I expected from the fans at Soap Opera Spy Facebook page.

The suspense is killing me……not really. Waited soooo long for this to end, don’t even care!

It’s got to be FAISON! !!
That name has been tossed around too freely here lately…

Given that Geary had back surgery I think we are lucky to have him back at all.